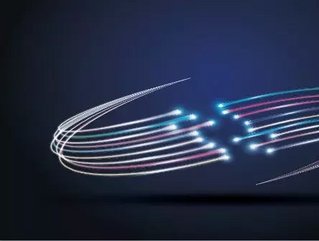 Telecom companies across North America deal with a lot of competition in the fight for market share. With new technology arriving on the technological landscape at an unprecedented pace, the giant telecoms must stay on the forefront of innovation to keep their business successful.

Brand Finance, a brand valuation consultancy, rates the world’s brands and determines how each brand fairs on an annual basis. In 2012, the top brand globally was Vodafone, which recent rumors hint that US-based Verizon is interested in, with the North American Giants coming in at close second. See which telecoms make the list in highest brand value in their industries.

AT&T comes in at number one, with a brand value of $30.4 million. Providing cell phone service to 275 million people, claiming the largest Wi-Fi network in the US and offering AT&T UVerse TV service, AT&T covers the telecom market. Headquartered in Dallas, Texas, AT&T is the 17th largest company in the world. With roots dating back to 1885 and the Bell Telephone Company founded by Alexander Graham Bell, AT&T has the experience in telecom to back its leading position

Verizon comes in 2nd place reaching a total brand value of $27.6 million. The Verizon brand was created from a merger between Bell Atlantic and GTE Corp in 2000, who coined the name from the Latin word veritas and horizon, and is headquartered in New York, New York. Verizon been providing exceptional wireless service ever since, today serving 290 million with its 3G and 4G networks. Verizon, today, also provides customers with FiOS video (4.7 million subscribers) and FiOS Internet (5.4 million subscribers).

Comcast, based on brand value, is in 3rd place at $12.5 million. Headquartered in Philadelphia, PA, Comcast was founded by Ralph Roberts in 1963 in Tupelo, MS.  Today, the telecom has a variety of business models including owning 51 percent of NBC Universal. Telecom services by Comcast include Xfinity and Comcast high speed Internet (18.582 million customers). Comcast as an organization serves 24.1 million customers and employs 100,000. Comcast has been dealing with the trials of a poor customer service reputation for a couple years, something the company hopes to rectify.