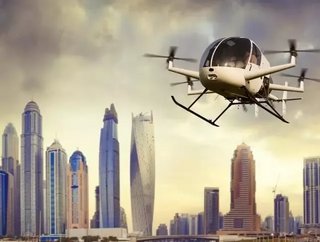 Having held the Uber Elevate summit in Los Angeles this week, the company further revealed plans to develop and deploy its own air taxi network by 2023.

During the conference, Uber unveiled its prototype for the air taxis. Set to be powered by fuel, these taxis will be cheaper, quieter and more efficient to run than traditional modes of airborne transport.

Known as UberAIR, the travel solution will work similarly to Uber’s existing automotive ride hailing service, where users will be able to request an air taxi to appropriate locations that have been referred to as skyports.

The service is forecast to begin in 2023 in Los Angeles and Dallas, whilst the company will now also look for a third city to deploy the service in at launch, having opened up a competition for international cities to compete in the way of secure this after the firm had retracted from its aim of testing in Dubai in 2020.

With Uber looking to leverage the expertise of a number of aerospace engineers in creating its network of flying taxis, the company announced at the summit that it had signed a new agreement with Karem Aircraft to develop the electric vertical takeoff and landing capabilities (eVTOL).

The air taxis are expected to reach speeds of up to 200mph, travelling up to 60 miles off a single charge.