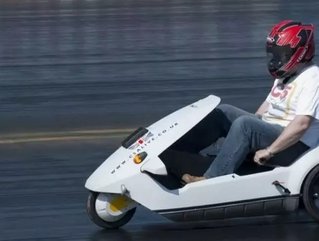 Technology may be powerful but it isn't always perfect. From a robot that froze after just three stairs to a laptop that burst into flames during a conference, here are 10 companies with products that didn't quite get it right.

10. Honda Asino, 2006
Attempting to showcase its skills, scientists had the robot walk up stairs. Unfortunately, it froze on the third, then proceeded to crash to the ground.

9. Microsoft Zune, 2006
Five years after Apple released the iPod, Microsoft attempted to join the MP3 industry with the Zune. Capturing just 3 percent of the market, the company ceased development in 2011.

7. Apple Newton, 1993
$100 million was spent developing the Newton, but the handwriting recognition feature mistranslated words and the product was discontinued.

Related: [Infographic] What You Don't Know about Eight Big Businesses

5. Nintendo Power Glove, 1989
Nintendo went as far as producing a movie to promote the Power Glove, which was heavily featured in the flick.  Maybe a little more money should have gone into developing games that go with it—only two ever existed.

Related: [Video] The Game-Changing App for Executives that Could Beat LinkedIn

2. Microsoft Bob, 1995
The cutesy characters were meant to simplify the user experience but instead were considered annoying.

1. Sinclair C5, 1985
Once considered the future of transportation, the open-air vehicle never went faster than 17 km per hour.

Watch the video below for more details about these famous fails.