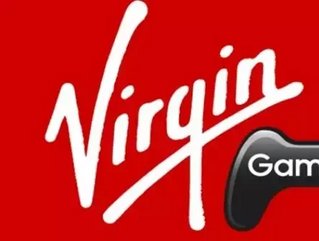 Virgin Gaming has been a hit at this year’s E3 for its competitive console games and partnered with Maxim to host an exclusive party last night at the Mondrian Hotel Sky Bar on Sunset Strip. Last night’s event wasn’t the first time the two teamed up; they hosted a Super Bowl party in Dallas earlier this year.

Built on a pioneering online gaming platform, Virgin Gaming enables gamers of all skill levels from around the world to meet, challenge and play each other in head-to-head matches and tournaments for cash, points and prizes, according to the company’s press release. Virgin Gaming is a union of video games, social networking and competitive online gaming, and was co-founded by best friends and ultra-competitive gamers, William Levy and Zack Zeldin.

With the help of a games industry veteran and CEO of Virgin Gaming, Rob Segal, the duo quickly developed the site into a template for online competitive gaming, which has been lauded by gamers for its secure transactions as well as a host of robust functionality that includes automatic results verification, a skill ratings system that creates a level playing field by matching players of like abilities, and a reputation management system that makes good sportsmanship a pre-requisite for gaining access to the biggest and best competitions and prizes.

“We had such a tremendous display for our launch last year, from the incredible party, to the one-of-a-kind booth, to, of course, Richard Branson and the million-dollars, we felt that this year we would focus on throwing the most memorable party at E3 in order to thank some or our partners and press that have supported us this past year,” said Rob Segal, CEO, Virgin Gaming. “We'll still be making a couple of big announcements so there will definitely be some worthy news in the mix as well – and if you thought the million dollars was big, consider that the warm-up for some of our upcoming tournaments.”

"For the second time in 2011, Maxim and Virgin Gaming are teaming up for what is sure to be another explosive partnership,” said Ben Madden, Chief Revenue Officer, Maxim. “Not only is Virgin one of the world's most respected brands, it's known for being miles ahead of everyone when it comes to innovation and creativity. Maxim brings that same strategic and creative thinking to the table, especially when it comes to hosting the hottest parties of the year. Considering our guys’ passion for gaming, the synergy between the two brands just makes sense. Maxim can't wait to bring to LA what we brought to Dallas this past winter - a great time, gorgeous girls and the best bash E3 has ever seen."

For more information or to register for some of the top videogame tournaments, please visit virgingaming.com .