Executive migration from big tech to startup picks up pace 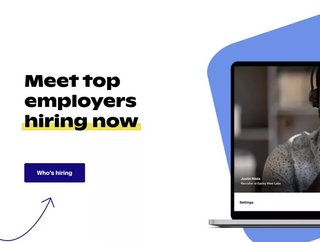 As Tesla’s head of HR leaves the trillion-dollar firm for a startup, we investigate how the executive movement from big tech to startup continues apace

Enter Tesla, whose head of HR, Valerie Capers Workman, has just announced she is leaving the automaker after five years. An attorney and impact leader, who worked closely with CEO Elon Musk in her role as VP of people, Workman was also a passionate diversity advocate. And as the highest-ranking black executive at Tesla, she was vocal in defending Tesla’s support for minorities following a number of lawsuits that exposed alleged ‘racial abuse’.

This move, from the world’s top EV maker valued at US$1.036 trillion and with 70,000+ employees, to a startup valued at just US$1.5bn with 200 employees, is reflective of a human capital ‘movement’ – some are calling it the Great Resignation – that is seeing execs swapping their big company roles for those in much smaller startups.

Migration from big firm to startup picks up pace during pandemic

The poster child of the movement, Jack Dorsey, famously left his position as Twitter’s chief executive last year to dedicate himself to his crypto startup Square, now renamed Block. But, throughout the pandemic, through 2020 and 2021, there has been an acceleration of movement from big to small, as executives reevaluate their lives and purpose.

In 2020, Dhivya Suryadevara left GM, where she had spent nearly 15 years, including two as CFO, to become finance chief at fintech startup Stripe; while 16-year Google veteran Shanna Preve gave up her role leading product partnerships to become VP of enterprise sales and business development at food-delivery startup DoorDash.

In 2021, this migration picked up pace. Instacart recruited four executives from public tech companies, including two from Facebook – Asha Sharma, a Facebook VP, to be its COO; and Max Eulenstein, a director from Instagram, to be VP of product for the Instacart App.

And this exodus from Amazon has continued into 2022. Former head of marketing for Amazon Subscription Boxes, Rene Villegas, recently moved to wireless broadband startup Starry to be CMO; 12-year Amazon veteran John Curran has swapped his role as CFO for Amazon’s international consumer division for a chief finance role at food startup CloudKitchens; and Craig German, a 14-year executive veteran of Amazon has jumped ship to ecommerce startup Fabric, where he is now the firm’s first SVP of corporate marketing.

The list is almost exhaustive, especially considering we are just two weeks into 2022. So, what's going on? And why now?

While just a few years ago, an executive role at Google, Amazon, Apple, Microsoft or Meta was highly coveted, since the onset of the pandemic and the subsequent acceleration of tech startups, more and more high-level employees are leaving the big corporations to pursue roles in exciting new startups.

Pandemic burnout and a backlash against tech companies that have grown all-powerful are among reasons cited. There's also the fact that startups offer execs the chance to really make a splash, with many feeling they can have more impact and influence on a startup’s journey than if within a huge firm. Not to mention, the chance to cash in on the potential riches of startups and public companies.

Here, we highlight some of the key movements from big firms to startup that have kicked-off 2022. Big tech executive Jenny Arden joins Zillow Group as the Seattle-based real estate firm’s first chief design officer. An Ivy League graduate, Arden has had a 20-year career leading creative and design teams at Nike, Lyft and Airbnb. Most recently spending 16 months as VP of digital design at Nike, she also led teams at Lyft and Airbnb, and was a lead designer at Google. She has also worked in design at Dell, JPMorgan Chase and Goldman Sachs. Described by Zillow Group COO Jerremy Waksman as having an “impressive track record of building and designing transformative customer-facing products that provide intuitive and connected experiences”, Arden will oversee the company’s product design and user experience research and help to build Zillow 2.0.

Microsoft veteran Harvinder Bhela is leaving tech giant Microsoft to join hybrid cloud service startup NetApp in its newly created role of chief product officer. With 25 years at Microsoft, where he held multiple executive leadership positions, Bhela most recently served as corporate VP of the Microsoft 365 security, compliance and management business, which he grew to more than US$10bn in annual revenue, making Microsoft the largest security company in the world. Bhela is tasked with accelerating the startup’s transformation into a multi-cloud, storage and data services leader.