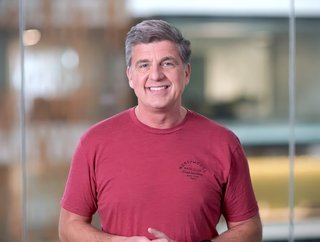 These top executives have all recently joined the payments platform giant Stripe, which is now valued upwards of US$115bn, and co-headquartered in San Francisco and Dublin. and the US. Now you can add James Phillips to that esteemed list, who joins Stripe as President of Financial Services after a sparkling decade at Microsoft where he led the Digital Transformation Platform Group.

“The economy is undergoing a fundamental shift, as organisations adapt their business models to fully take advantage of software, mobile, machine learning, and the internet: companies are building stronger relationships with their consumers, expanding internationally, distributing financial services, and automating their supply chains. Stripe is ideally positioned to serve as the engine behind these opportunities,” said Phillips.

“I look forward to working alongside the entire financial services team as we continue to build out Stripe’s platform for the decades ahead.”

Posting on LinkedIn, Phillips had only good things to say about his time at Microsoft.

“Microsoft is an incredibly special place. I leave Microsoft with a full heart – one overflowing with gratitude,” he posted.

“I spent some time last week reflecting on all the things I’ve learned here. And while the list is long, one thing stands out for me. I learned what it feels like to be part of an institution that truly cares about its people – above all else. I learned what it feels like to work for and with people who deeply care about and support each other – in good times and in bad. I’ll work hard to recreate this wherever the road ahead takes me.

“While I will miss my friends and colleagues at Microsoft very much, I'm also extremely excited about my next gig.”

Stripe is one of the stars of fintech industry

Millions of businesses use Stripe’s software and APIs to handful their online payments – from startups to global organisations.

That platform has come a long way since Irish brothers John and Patrick Collison founded the firm in 2009 in Palo Alto. Just two years later, backing from the likes of PayPal co-founders Elon Musk and Peter Thiel, not to mention Sequoia Capital, showed Stripe was a star in the making.

The company is now valued at US$115bn and, with digital payments increasing exponentially during the COVID-19 pandemic, we can surely expect that figure to soar.

In January this year, Stripe signed a deal with Ford Motor Company to handle customer transactions and partnered with music streaming giant Spotify. These two deals alone show the scale and ambition of the opportunity that Stripe is tapping into, and they are the tip of the iceberg.

Stripe teams up with Furikomi and Konbini in Japan

On the same day Phillips was announced, Stripe also said it had expanded operations in Japan by teaming up with bank transfer provider Furikomi and convenience store payment option Konbini.

“By enabling bank transfers in Japan, Stripe has become the only fully unified SaaS solution that consolidates payments, billing, invoicing, and revenue management tools into one complete platform that also integrates with a business’s CRM, ERP, and other third-party systems.”

Stripe’s support for Konbini payments at more than 34,000 outlets across Japan allows consumers to pay for online purchases at local convenience stores. This is especially useful for those that do not have cards for online payments, or prefer to use cash. The market is also significant, with 18% of B2C payments in Japan made via Konbini.

“These payment method integrations were made in Japan, to be used by the world,” said Daniel Heffernan, head of product for Stripe Japan.

“Stripe helps Japanese businesses go online and expand internationally, while also enabling global companies to grow in Japan. There’s still much to do and we’re committed to supporting Japan’s aspiration to become the most advanced digital nation in the world.”