Meet HubSpot’s Yamini Rangan, the best CEO for women in 2022 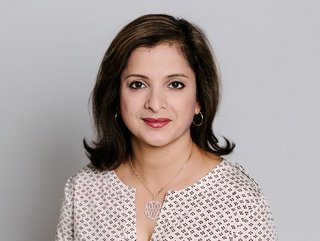 Yamini Rangan, CEO of software company HubSpot, has been named the best chief executive for women among female employees in the US, according to Comparably, which analysed anonymous survey feedback from female employees across 70,000 companies.

Yamini is the second female CEO to come in the number one spot since 2018, when Comparably first created its list of the best CEOs of women in 2018, with Annette Bruls, chief of medical device firm Medela, claiming the title in 2020.

Comparably’s 10 top-ranked CEOs for women, according to employee reviews

HubSpot’s Yamini Rangan – why is she a great leader for women?

Claiming the crown as best CEO for female employees means a leader has consistently ensured their employees are happy, nurtured, and motivated, and HubSpot’s female workforce certainly think this to be true of their boss.

Described on LinkedIn by one former employee as an “inspirational leader who genuinely cares about the people in the teams that she leads”, Yamini recently told CNBC that her tenure as CEO at HubSpot has been guided by two principles – radical candour with radical compassion, and leading with humility, both qualities she encourages in other leaders.

“As leaders, we need to hold a high bar for our teams, but we also have to create a nurturing environment for them to get there,” she said.

Yamini is one of just a handful of female tech CEOs nationwide, and the first-ever female chief of HubSpot; and in her first year as CEO of the leading growth platform, she has ensured its position as the second-ranked Best Place to Work by Glassdoor in 2022.

HubSpot now has five women on the executive leadership team, as well as a diverse Board of Directors with 70% of our Board identifying as a woman or as a person of colour. Yamini has introduced an annual Global Week of Rest, No Internal Meeting Fridays, and manager training designed to get at the root causes of burnout; and introduced a new temporary mobility policy so that employees can work remotely in a different country where they have work authorization for up to 90 days.

Executive level experience – from SAP to Workday to Dropbox

While her role at leading growth platform HubSpot is her first-ever chief executive position, Yamini has experience at executive level in various tech companies, among them Dropbox, Workday, and SAP, with extensive experience in sales and services operations.

She joined HubSpot from Dropbox, where she spent four years and served as the tech firm’s first-ever Chief Customer Officer overseeing its customer-focused business functions. During her time at the company, both in this role and prior to this, as leader of the business, strategy and operations team, Yamini helped scale the customer and partner-facing functions and “made a big impact on our business”, Dropbox said in a statement.

Under her tenure, the team scaled its revenue operations and established critical functions to help it serve some of its biggest customers, including bringing a more data-driven approach to its sales strategy. She brought together all of Dropbox’s customer-facing functions, including sales, marketing, and customer experience, and built a strong leadership team, setting up a unified organisation for future success.

Yamini undertook similar responsibilities at Workday, prior to Dropbox, where she led a variety of sales functions including global sales strategy and operations and helped quadruple revenue and scale the sales organisation. At SAP, she held several customer-facing leadership roles in strategy, pre-sales and value-based selling.

Yamini has been recognised as one of the most influential women in business by the San Francisco Business Times (2019). She has a bachelor’s degree in Engineering, a Master’s in Computer Engineering, and an MBA from Berkeley.