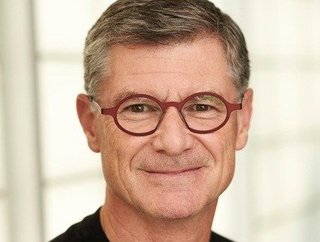 Peloton is planning to reshuffle its executive leadership team, including replacing current CEO and founder John Foley, according to a report in the Wall Street Journal.

The report reveals plans by the fitness equipment maker to overhaul its C-suite, including replacing its current CEO, cutting 2,800 jobs, roughly 20% of corporate positions, and slashing millions of dollars in annual costs, as it looks to regain investor confidence and build its business post-pandemic.

This follows reports that the fitness equipment firm, famous for its connected bike, would be temporarily halting production of its products due to waning consumer demand and the need to rein in costs.

Having experienced an exponential rise in demand during the pandemic, with its market value surging to approximately US$50bn a year ago, Peloton upped its investment, announcing spend of US$400m on the building of its first factory, and acquiring exercise equipment manufacturer Perecor for US$420m. However, the end of the pandemic and the re-opening of gyms has brought a significant drop in demand for Peloton products resulting in an over-supply of product and a drop in the company’s market value to just US$8bn.

This led to a decision by the firm in January to temporarily cease production on a number of exercise products, including its trademark bike, due to the ‘significant reduction’ in demand worldwide, and a subsequent decision to cut jobs, reduce costs and reshuffle the executive team.

The reshuffle is expected to see current CEO and founder John Foley step down, with Barry McCarthy, the former chief financial officer of Spotify and Netflix, set to replace him. Foley founded Peloton in 2012, having previously served as the president at Barnes & Noble.

San Francisco-based finance veteran Barry McCarthy has more than two decades of chief finance experience under his executive belt, having spent nearly 12 years with Netflix as CFO from 1999-2010 and most recently five years at Spotify as CFO (2015-2020).

As CFO at Netflix, he took the company public in 2002, and is credited with transforming it from a DVD rental business to a video-streaming giant. While at Spotify, he is widely known as the mastermind behind the streaming platform’s circumvention of a traditional IPO, instead pulling off a direct listing in 2018 – a move that saved the firm millions of dollars on underwriting fees. He then guided Spotify through its first year and a half on the public market before retiring.

Spotify CEO Daniel Ek said of Barry at the time: “I know no other CFO who could have taken us public and led us as steadily through an innovative direct listing and the time that has followed.”

Barry also served as CFO at Music Choice for six years prior to both roles and had a short stint between Netflix and Spotify as a partner at venture firm Technology Crossover Ventures, where he has remained an advisor for more than a decade.

Prior to these roles, the 66-year-old worked in various management positions in management consulting, investment banking and media and entertainment, including at Booz Allen Hamilton where he kicked off his working life. He has a Bachelor’s degree in art history and an MBA in Finance from the Wharton Business School.