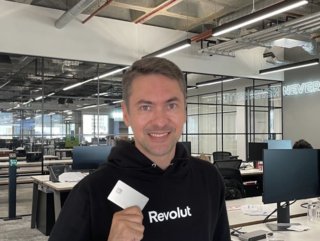 Glauber will join Felipe Lachowski, who was hired as head of strategy and operations last April and currently leads Revolut in Brazil and will initially focus on building a team to bring the world’s first truly global financial superapp to the country.

“With his wealth of experience in the financial sectors and an outstanding track record, we’re delighted that Glauber is joining Revolut,” says Nik Storonsky, CEO and Co-founder of Revolut.

Sao Paulo-based Glauber joins from BTG Pactual, one of the largest investment banks in Latin America, where he spent eight years and held several senior executive roles at the wholesale bank, the private bank group business in Switzerland and most recently as COO to its digital retail unit in Brazil. Prior to this, he spent four years as senior vice president at EFG Bank in Switzerland.

Brazilian national Glauber began his career in 2006 in asset management, as a hedge fund analyst, and later moved into ALM Treasury, finance, FP&A and operations, working with a number of financial companies, including Itau BBA, Itau Unibanco, and SunGard Financial Systems.

Glauber trained as an electrical engineer at the Brazilian Military Academy of Engineering and has a master’s in Applied Mathematics in Finance and a certificate in business excellence from Columbia Business School.

The neobank operates in more than 35 countries, landing in Singapore and Australia in 2019, the US and Japan in 2020, and Mexico in 2021, and has more than 18 million customers worldwide making 150 million transactions a month. Its offering includes investment, crypto, payments, and insurance, among others.

Revolut will start offering digital accounts and international cards that can be used in more than 150 countries and enable more accessible and cheaper access to over 25 global currencies. After that, Revolut will gradually complement the offering with investments, crypto, and insurance.

Revolut will be among the first UK fintechs to reach Brazil.

Why Revolut is launching in Brazil – Latin America’s largest market

As Latin America’s largest market, and one of the hottest fintech growth markets, Brazil is a key strategic priority of Revolut’s international expansion drive.

“Brazil is an important market in our expansion strategy with a huge supply of talent, and we’re excited to tap into that talent pool to help Revolut go from strength to strength,” says Glauber.

According to Glauber, Brazilians are one of the most active digital populations worldwide, says Glauber, with the number of unique users of mobile devices in Brazil already over 112 million people, and a rising number of people using digital banks as their primary account. However, when travelling abroad and shopping online, Brazilians still need to use credit cards and currency exchange brokers, incurring high fees.

“This represents an enormous opportunity, and the Revolut product offering is unbeatable for Brazilians who continue to embrace e-commerce and begin to travel abroad again.”

In the Brazilian market, users will be able to open accounts and get access to foreign exchange and low-cost money transfers and payments initially. In time it will add investment, crypto, and insurance products.

The Revolut app is already available for Brazilians who wish to subscribe to the waiting list and is likely to launch in summer 2022.