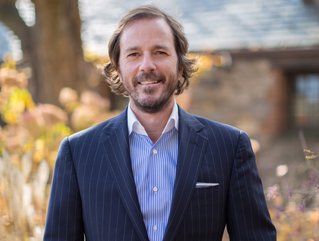 Food industry veteran and former COO of Chobani Peter McGuinness has departed the yoghurt maker to take the helm of Impossible Foods, as founder Pat Brown steps down as CEO.

Pat, who has been CEO since founding the plant-based meat brand 10 years ago, is stepping down into the role of chief visionary officer and will lead the company in areas including research and technology innovation, strategic initiatives, public advocacy, and the company mission.

This comes as sales in the plant-based meat category has slowed, possibly due to brand saturation, however Impossible reported that its fourth-quarter retail revenue had jumped 85%.

“Given the momentum of our business, our accelerating product pipeline, ongoing international expansion and the magnitude of our mission, the leadership demands of the commercial business will inevitably grow,” Pat said in a letter on the company website.

And that’s where Peter McGuinness comes in, an industry veteran arriving to “make [its products] more available and accessible to more people” and to “try to help the company grow more than it’s already grown”, Peter said in an interview.

As CEO and a director at Impossible Foods, starting April 4, Peter will be tasked with helping “us to expand, evolve and grow our brand and business”, according to a statement made by Pat on the Impossible Foods website.

It’s a mission that’s totally possible given Peter’s experience, with 30 years of consumer expertise and a successful track record of shaping and growing some of the world’s most iconic brands including MasterCard, J+J, Unilever, McDonald’s Microsoft and Sony, not to mention Greek yoghurt maker Chobani.

A track record that has garnered him an array of accolades, from being named CMO of the Year 2017 by both Consumer Goods Technology to landing awards including the CMO Marketing Innovation Award by The CMO Club, to being recognised on numerous lists including PR Week’s Power List 2017.

Described by Forbes as “passionate, provocative and innovative”, New York-based Peter has spent nearly a decade at Greek yoghurt maker Chobani, most recently as President and COO, and has been instrumental in helping Chobani to become America’s number one Greek Yogurt brand and second largest overall yoghurt manufacturer in the US, as well as helping the company expand beyond yoghurt. 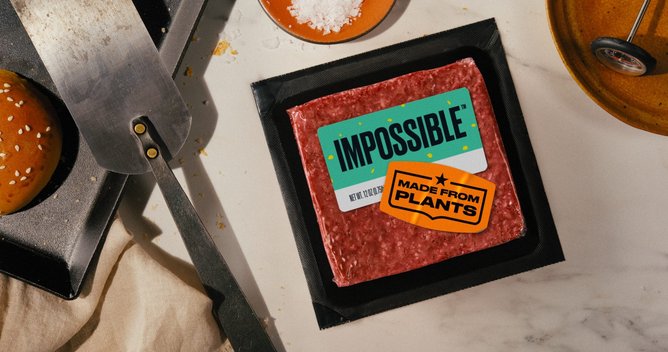 Joining as chief marketing and brand officer in 2013, Peter oversaw global marketing and communication efforts for the brand for four years, successfully driving the transformation from a manufacturing-driven company into a marketing machine in the highly competitive yoghurt wars establishing Chobani as the number one Greek yoghurt brand in the US with 10 of the 15 bestselling SKUs in the entire category.

Four years later and Peter was promoted to chief marketing and commercial officer where he spent two years continuing Chobani’s evolution and overseeing the newly created demand department, before being made President and COO. In this role, he was responsible for overseeing the demand function, supply chain, manufacturing, sustainability, research and development functions.

Prior to Chobani, McGuinness served as President and CEO of global advertising agency DDB Chicago and Gotham, where he was instrumental in reversing a five-year decline and achieving double-digit growth, stabilising and growing business within all accounts including McDonald’s, Diageo, Capital One, Safeway, PepsiCo and Mars Wrigley.

He began his career at McCann Worldgroup as an assistant account executive in the media department, quickly rising through the ranks over the next 10 years to become the company’s youngest Vice-President, Senior Vice-President and Executive Vice President. He led two of the firm’s largest accounts, Mastercard and Unilever, and played a key role in landing new accounts including with Black & Decker and Avis.

An active industry leader, Peter has served on influential boards including the Ad Council, AAAA and the Advertising Education Foundation, and is a founding member of the AAF Advertising Hall of Achievement and a David Rockefeller Fellow for the Partnership of New York City.

Rise and rise of Impossible Foods

A plant-based meat manufacturer, making meat, fish and dairy products from plants, Impossible Foods began 10 years ago in California as an R&D startup, founded by Dr Patrick Brown, a biochemistry professor at Sandford University who recognised that farming animals takes up half of the international recognised climate budget.

From the start, Impossible Food’s mission was to create solutions that avert climate change and preserve biodiversity, and over the last decade, the startup has grown to become the pioneer of a new and rapidly evolving food category.

The company has raised almost US$2bn in funding since its founding in 2011, securing US$500m in its latest round in November 2021, a sum that could potentially value the company at US$7bn. It has been mulling an IPO since April last year with plans to float in 2022.

Over the years, the brand – whose main rival is Beyond Meat – has grown across retail, foodservice, markets and in awareness and since 2018, the share of adults familiar with the Impossible brand in the US has grown from 21% to 35%.

The company has expanded across international markets, and can now be found in eight markets, including the US, Canada, Australia, New Zealand, Hong Kong, Singapore and the UAE, with plans to launch in the UK.

Impossible Foods’ products are now available in fast food chains across the US, including Burger King, Hard Rock Cafe, FatBurger, The Cheesecake Factory and Applebees, among many others, and on airlines, including Delta Airlines, which recently introduced a new plant-based inflight menu with products from Impossible Foods. The brand also recently launched its own fast food restaurant concept, Impossible Shop, in partnership with hog dog chain Dog Haus. On the retail front, its Impossible Burger products are now available in Walmart, Kroger, Safeway, Wegmans.