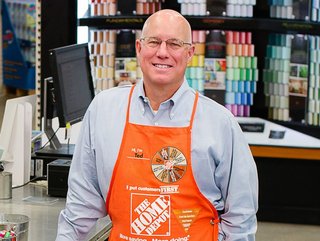 A longtime executive of Home Depot, most recently serving as COO, Ted Decker is set to take the reins of the world’s largest home improvement retailer

The Home Depot has named its next leader, and like its current leader, this one has spent many years at the home improvement retailer, steadily rising through the leadership ranks.

With a company commitment of 20 years under his Home Depot belt, most recently serving as COO, Edward ’Ted’ Decker is the person set to lead the retailer into post-pandemic success.

Decker will replace current chief executive and chairman Craig Menear, who has been CEO for seven years, and who like Decker has put in the years at Home Depot steadily climbing the ladder. Joining in 1997, Menear rose through the ranks and within a decade was named EVP of merchandising before landing the top job seven years later.

As CEO, Menear built a world-class leadership team and delivered outstanding results; and when the business lands in Decker’s hands on March 1, 2021, it will be the healthiest it has ever been.

Not only did the retailer’s sales surge in 2020 thanks to the pandemic, but more recently sales have been boosted by the strong housing market – with reported sales of US$115bn in the first three quarters of 2021, up 15.6% from the previous year. The company operates 2,317 stores in the US, Canada and Mexico.

The next CEO of Home Depot – who is Ted Decker?

As Menear himself said in a statement: “[Decker] has grown with the company by taking on expanded roles of leadership from his time in strategic business development, finance and merchandising to leading our day-to-day interconnected operations in his role as president and COO.”

Decker, 58, came to Atlanta-headquartered Home Depot as director of business valuation in 2000 already armed with experience in business development, strategic planning and finance accrued during stints at Kimberly-Clark Corp and Scott Paper Co., not to mention corporate finance expertise from his time at PNC Bank and a master’s degree in business administration.

He remained in his initial role for two years before being promoted to senior director. But in less than a year, Decker had been promoted to VP of strategic business development where he spent the next four years. He then moved into a finance role as SVP Retail Finance, a role he remained in for seven years, before being named chief merchant and EVP Merchandising, responsible for all store and online merchandising departments, strategy and vendor management.

Following six years of success in this role, in 2020, Decker secured promotion to president and COO, responsible for global store operations, global supply chain, external sales and service, real estate, merchandising, marketing and online strategy. And just a year and a half later, has now been named CEO.

A member of the executive committee for many years, Decker has been credited with playing a key role in designing the retailer’s core strategy and his ability to “blend the art and science of retail” is exactly what is needed in the “next phase of growth for The Home Depot”, according to Menear. “I have tremendous confidence that [Decker] will guide our company to new heights”.