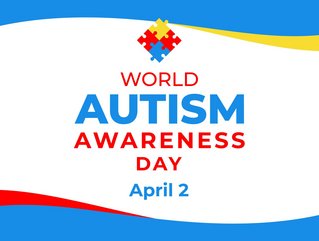 Canada’s autistic community is underemployed, despite its potential in providing access to new skills and tackling workforce shortages, reports Deloitte

People with autism are often underemployed, and consistently face barriers to employment, despite the potential they offer in providing access to new skills and talent, according to a recent report, Embracing Neurodiversity at Work, by Deloitte Canada and auticon Canada.

This report arrives during World Autism Awareness Week, with Autism Acceptance Day, on Saturday, 2 April, a time to highlight the barriers that exist for those with Autism Spectrum Disorder (ASD).

Among the highest rankest barriers currently facing the autistic community is employers’ focus on social competency during the interview process, with 50% of survey respondents citing it as a “great challenge”. Another barrier impacting employee retention is a lack of structural support systems, including flexible work policies.

"The autistic community has so much to offer, and unfortunately, a lot of the potential of neurodiverse Canadians is either lost on employers, or goes untapped," says Roland Labuhn, Partner, Digital & Analytics, Deloitte Canada. "From the hiring process to a clear lack of support systems for employees, the autistic community still faces significant barriers in finding meaningful work, and it's important for employers to recognize that removing these obstacles will lead to a more inclusive workplace for all employees."

Benefits of hiring people who are neurodiverse

The reality is that neurodiverse individuals, including those with high-functioning Autism Spectrum Disorder (ASD), are usually highly capable and intelligent and thrive when they secure the right role. Unique qualities of an autistic mind can make for excellent employees, with traits like honesty, focused effort, and logical thinking as stand-out.

People with ASD often become specialists in a specific topic or area of focus, which can make them a great resource for jobs that require a high level of expertise and knowledge, such as technology or accounting.

In fact, results from the survey suggest that autistic workers may find it easier to integrate into the technology sector, and also, that employers in this sector seemed more willing than others to consider them as serious candidates, with only 27% receiving no response after applying for a role in the tech sector, compared to 55% in other sectors.

However, they may lack the social skills to pass interviews and other barriers to employment in their chosen field at the skill level they’re capable of, which means they can be overlooked and therefore underemployed – a valuable resource going to waste.

And, while Canadian businesses have made significant strides toward improving diversity, equity, and inclusion on many fronts, reports Deloitte, such employment barriers remain for neurodiverse Canadians.

"It's alarming that the autistic community continues to feel they can't bring their whole, authentic selves to work, or disclose their neurodiversity to employers," says Garth Johnson, CEO of auticon Canada. "Until people feel comfortable sharing this information, the door to the workplace will never truly be open to the autistic community. In an incredibly competitive hiring environment, it is critical for Canadian employers, across all industries, to do more to learn about autism, and neurodiversity generally, and launch sincere, thoughtful efforts to tap into this wellspring of talent."

Workforce shortages offer opportunity for firms to tap the neurodiverse

This report arrives as Canada, like many countries, is in the grip of a war on talent. In 2020, 48% of Canadian companies reported they were experiencing workforce shortages, double the rate disclosed 10 years earlier, according to ManpowerGroup.

And the situation has worsened since the onset of the pandemic, which has forever changed the landscape of work – from the shift to remote working to the acceleration of digital transformation and the subsequent Great Resignation, employers continue to struggle with attracting and retaining talent.

Companies can deal with shortages in part by tapping the neurodiverse, suggests the report, a sentiment recently echoed by global bank JPMorgan. Speaking during CNBC’s Equity and Opportunity forum recently, JPMorgan’s global head of DE&I, Brian Lamb, said it was “going to require unconventional approaches” to tackle the current labour shortage, and that the bank was removing barriers to employment in order to tap “into the talent pools that have historically been left behind”.

JPMorgan, which has more than 1,300 employees supporting five diverse lines of business in Canada, and which has hired hundreds of people with autism globally has also established a pipeline for candidates with disabilities including autism in nine countries. “These partners help us identify, select and assess talent that we can move into these programs, hundreds of individuals we believe can go into over 40 roles across JPMorgan Chase,” he says.

Software giant SAP Canada is another firm that actively recognises, hires, and supports neurodiverse individuals, having established itself as a leader in incorporating people with autism into the workforce. Launching its Autism at Work Program in 2013, SAP delivers a 90% retention rate. Other businesses present in Canada with autism programs include Microsoft, HP, EY, Ford and Home Depot.

The report recommends organisations take active measures to recognise and engage the autistic community. Steps toward fostering a more inclusive environment should begin with educating recruiters, leaders and staff to help dismantle preconceived ideas about autism and tackle conscious and unconscious biases.

“By removing the current employment barriers for Canada’s autistic community, organisations will not only secure access to a pool of new skills and talent but will also directly impact the social and economic inclusion of an important segment of Canadian society,” the report concludes.