Top 10 US cities for entrepreneurs of colour 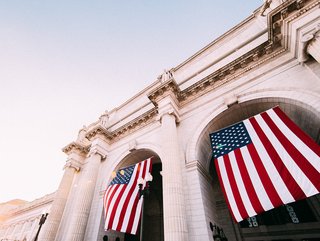 If you’re a startup owner of colour looking for funding, resources and support, these top 10 cities are worth relocating to, a JobSage report reveals

Just 18.7% of all businesses in the US are minority-owned, despite ethnic and racial minorities making up 40% of the population.

For entrepreneurs of colour who face systemic barriers like a lack of funding, choosing the right location to start or scale a business is important. This is why employee review platform JobSage has undertaken research to determine the best cities in the US for minority entrepreneurs.

Compiled using data from the United States Census Bureau’s Annual Business Survey, along with available resources and support available to minority entrepreneurs, here’s a list of the best cities in the US for minority business owners.

With one in four St Louis startups minority-owned, this city – known as the gateway to the West – is one of the highest rankings on JobSage’s parity index, meaning the city’s minority population is proportionally represented in business ownership. So, while minority groups only make up 26.3% of the city’s population, an incredible 25% are minority-owned. Some 2,279 minority-owned startups bring in annual sales of US$193,558,000.

While Fresno is the smallest metro area on the list with a population of just over one million residents, minority-owned startups represented 38% of all startups (754) here generating more than US$675m in sales and employing more than 5,000.

Organisations in the area that support such startups include the Asian Business Institute & Resource Center, a network offering support and advocacy for the success of Asian businesses in the region. The Fresno Metro Black Chamber of Commerce helps to equip black businesses with the tools necessary to scale, as well as help in securing funding and access to strategic partners, and has secured US$10m in contracts for its members to date. Meanwhile, the Fresno Area Hispanic Foundation does similar, but for Hispanic business owners, offering a technical assistance program and micro-loan program.

One of three Texan metropolitan areas to make the top 10 list, San Antonio has 1,675 minority-owned startups, which makes up nearly one-third of the city’s startups bringing in annual sales of more than US$1bn. This number is expected to climb as the city’s Hispanic and black population continues to grow.

This central Florida city has more to offer than just theme parks, with 80% of the metro’s employment external to that of hospitality and tourism – industries such as advanced manufacturing, aerospace and defence, digital media and fintech. And tech in particular is growing as a hub here. Of the nearly 10,000 startups in the area, one in four (23.39%) is minority-owned – that’s 2,279 startups bringing in US$920,034,000.

With key industries here ranging from financial and professional services to logistics to health and bioscience technology, Baltimore – which nestles along the economically-thriving Washington, DC / Boston corridor – offers opportunities aplenty for entrepreneurs.

Baltimore is known for fostering the development of minority-owned businesses, and witnessed US$750m in annual minority-owned startup sales, according to the Census Bureau’s data. Today, 22.36% of startups in Baltimore are minority-owned (1,460 startups) which bring in annual sales of US$764,077,000.

This is the result of sustained and continued support and networking opportunities in the city, including courtesy of the Mayor’s Office of Minority and Women-Owned Business Development, which provides support for small, local, minority-owned and women-owned company its by expanding contracting opportunities and increasing the procurement dollars spent with such businesses. Other organisations in the city promoting the growth and prosperity of minority-owned companies include the Greater Baltimore Black Chamber of Commerce and Maryland Hispanic Chamber of Commerce.

Renowned for being one of the most entrepreneurial places worldwide, and especially when it comes to tech, it’s no surprise that minority business owners have been making great strides in the San Jose-Santa-Sunnyvale metro area in recent years. Data shows that nearly half (46%) of startups in the area are minority-owned businesses, a total number of 2,796 startups bringing in more than US$1.8bn in annual sales.

While a hub for government and politics, the city of D.C. and the surrounding metro offers much more. The nation’s capital is home to a thriving startup scene delivering nearly 15,000 startups, of which almost 30% (4,599 startups) are minority-owned. Spread across industries including tech, hospitality and cybersecurity, these minority-owned businesses bring in more than US$2.4bn in annual sales.

Included among the organisations here that help to support and promote such businesses is the Greater Washington, D.C. Entrepreneurs of Colour Fund, a US$6.65m effort to forge new pathways to entrepreneurship and wealth building in the region’s underserved communities that is based on a model successfully launched by JPMorgan Chase and other partners. Others include the Latino Economic Development Center, and National Association of Asian American Professionals.

While Seattle isn’t traditionally recognised for its diversity, a recent study revealed Seattle as one of the fastest-diversifying large cities over the past decade. And with such diversification has come the growth of minority-owned businesses, which now make up more than one in five (22.66%) startups in the city – some 2,937 startups bringing in nearly US$1.6bn per year. This puts Seattle in the top five cities for minority-owned startups.

Seattle and Washington State have a wealth of resources and funding opportunities for minority entrepreneurs, many of which can be found on the Washington State Office of Minority & Women’s Business Enterprises website.

Renowned for being a melting pot of cultures, races and ethnicities, Houston ranked as one of the most racially diverse bit cities in America in 2020, according to US News and World Report. such diversity is reflected in the city’s businesses too, with 5,599 minority-owned startups generating more than US$3bn annually. In fact, startups with minority owners represent nearly one-third (30.45%) of all startups in the city.

Business owners can find a host of resources across the Houston metropolitan area, including The Greater Houston Black Chamber, which offers initiatives and programs dedicated to supporting African-American businesses. Similarly, for other ethnic minorities, checks out the Houston Hispanic Chamber of Commerce, and Asian Chamber of Commerce.