Why was Pepsi Max brand a sustainable step for PepsiCo? 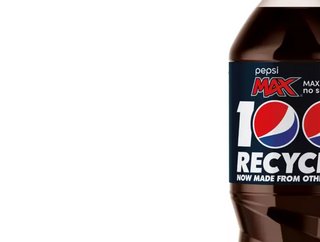 Garett Quigley played a crucial role in developing the Pepsi Max brand, developed to provoke a change in consumer habits and environmental change

As one of the leading producers of consumers products, including its leading Pepsi brand, PepsiCo is committed to reducing the amount of sugar in its beverages. In particular, it is committed to ‘raising the profile’ of zero-sugar beverages. As the Senior Vice President and General Manager for PepsiCo Beverages in Western Europe, Garrett Quigley is ‘steering the ship’ towards this goal.

Throughout his 21-year career with the company, Quigley has driven projects forward in the beverage department to reach its ambitious goals, which led to the creation of Pepsi MAX, one of the most popular zero-sugar canned drinks in the UK. Not only is the company committed to reducing consumer sugar intake, but also minimising the planetary impact of its beverages. As a result of this, the PepsiCo Positive (pep+) initiative was announced last month.

‘We knew that the consumer was looking for a great-tasting product that didn't have the calories’, says Quigley. ‘And we knew we could deliver that to them. We had launched Pepsi MAX about 10 years previously. It was performing quite well, but it was under the radar’.

The development of the Pepsi MAX product was a bold move for the company, which acted as a necessary step in the organisation’s plan to roll out a company-wide sugar reduction target. Despite this being a new market for PepsiCo, Quigley was convinced it needed to happen. ‘ I knew it was the right strategy’, says Quigley. ‘We had a winning product that met consumer needs and was future-proof. [...] Once I realised that, it was a no-brainer’.

Following the success of the brand, the team continued to develop creative and innovative ideas to cement its place within the market, such as a 20% increase in cola per bottle, which was well-received by customers in cinemas. The company has also released its ambitious goals for pep+, including a switch to sustainable packaging, products and supporting businesses to become more responsible. These three pillars will see organisations in the agricultural, and other business sectors, make positive changes to reach net-zero by 2040 and make more responsible choices throughout their operations.