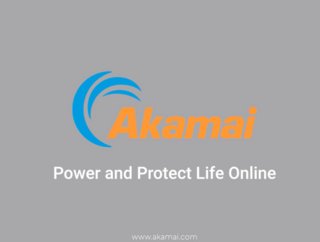 From a university start-up to a multibillion-dollar cybersecurity solutions provider, Akamai is on a journey to protect its clients from the continuous threat that industries are faced with, particularly in an increasingly digital era.

Akamai was founded following a competition at the Massachusetts Institute of Technology (MIT), entered by its co-founder and CEO Frank Thomson Leighton—Dr Tom Leighton. Since that time, the organisation has expanded massively, and in the words of Steve Winterfeld, Advisory CISO at Akamai, the company “continues to solve hard problems.”

“That’s kind of a culture here, and security has a lot of hard problems,” Winterfeld says.

The cybersecurity company plays a critical role for corporations as it focuses on the future, to determine whether threat motivation will change and how to best combat ransomware attacks, state-sponsored DDoS attacks, and ransomware that could turn into wiperware.

“Those are real concerns, and we’re keeping an eye out for those.”

“And so while we have a number of solutions that protect the edge and employees, the one that can truly stop these threats is micro-segmentation. It provides visibility to allow it to be prevented and minimises the impact when it does get thorough.”

“We started out with a web application, or as it is more commonly called now, web application and API protection, and then expanded into protecting the infrastructure against DDoS to include the DNS infrastructure and on the Zero Trust side, we have Guardicore, which provides the key component of segmentation,” explains Winterfeld.

Responding to the cybersecurity needs of the customer

As an established cybersecurity organisation, Akamai can now focus on what customers need.

“We’re hearing from our customers that they want edge compute,” says Winterfeld.

“They want to move closer, faster, and more responsively in a DevOps manner.”

Winterfeld explains that, in response to its clients’ feedback, the company has been acquiring the necessary assets and tools to fulfil those needs with the addition of Guardicore and Linode to the Akamai family.

A prime example of Akamai’s ability to meet customer demands, particularly in high-risk environments, is its partnership with First Bank. Winterfeld talks about the work it has done for the bank, which puts cybersecurity high on its list of priorities.
“First Bank is very concerned about its real-time visibility into its network. They want to know the data flow and workloads at the system level, per device.”

“We’re partnering with them on a software-based microsegmentation, considered internal firewalls, where they’re able to see those data flows and create segments.”

A serious approach to sustainability within cyber

The company is committed to sustainability and social impact through its Akamai Foundation, which is the arm of the organisation that deals with its corporate social activities and is echoed throughout its workforce.

Some of its major milestones across environmental, social and governance (ESG) include:

“We have a programme called Spark where we coordinate with our employees and make it easy for them to get involved in their community’s green efforts.”