America second only to Africa in poor internet penetration 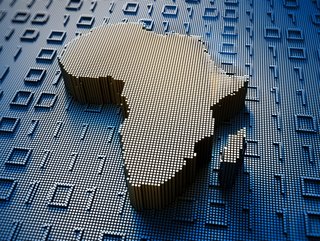 Just 67% of the population of the US have access to the internet, compared to 55% in Africa and 87% Europe, says Surfshark internet digital divide study

The internet divide between countries of high and low incomes continues to grow wider, according to a new study from Surfshark.

It’s not only when it comes to speed where poorer nations are missing out. Access to the internet in Africa is 79% less affordable than Europe, and even further behind Oceania which has the most affordable access.

The study from Surfshark suggests the internet divide continues to deepen in lower-income countries – home to 3.29 billion people.
Dig a little deeper into the figures and although Africa has the lowest access to the internet with just 55% of the population (87% in Europe), North America has the second lowest penetration at just 67%. 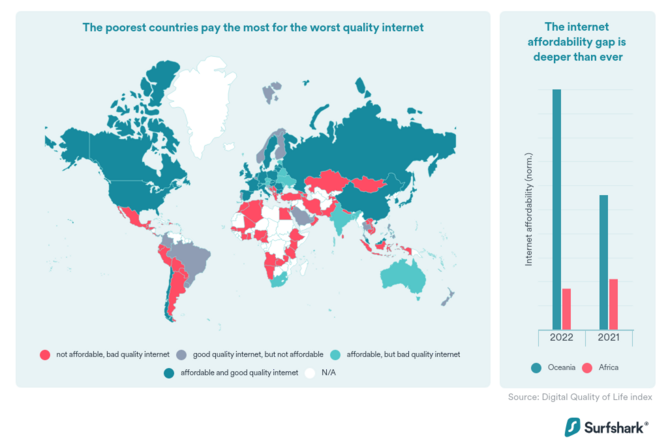 Why the internet divide is a problem for lower-income countries

“People who can’t access the internet are cut off from the digital opportunities that people from higher-income countries have,” says Surfshark’s Lead Researcher Agneska Sablovskaja.

“Without internet access, people can’t study or work online, and they can’t grow their economy with digital exports. The internet is also very slow in lower-income countries. Even if people from these countries can afford the internet, they still face limitations in what they can do.”

Surfshark is a privacy toolset to help users control their online presence. In 2021, Surfshark was recognised as the Most Innovative Security Service at the Cybersecurity Excellence Awards and a Must-have App in TechRadar's WFH Awards.