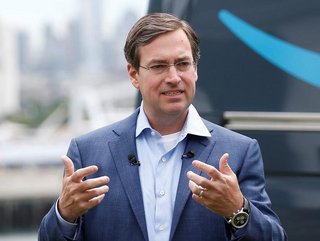 Amazon number two and consumer chief Dave Clark recently announced he was stepping down, and has now revealed he is joining Amazon rival Flexport, as CEO

But while Clark’s step-down didn’t hit the headlines in the way Sandberg’s did, his departure is similarly significant. Not least because he has been at the ecommerce giant since the early days, joining from grad school 23 years ago, and is credited with helping to spearhead the ecommerce giant’s sprawling fulfilment and logistics infrastructure as its former head of logistics.

His step-down is significant too, because in April, Amazon reported its first quarterly loss since 2015 in part due to lower online sales, sparking rumours that Clark’s departure could be a possible casualty of the slowdown. As global consumer chief since January 2021, Clark led an unprecedented hiring spree and accelerated the spread of Amazon’s warehouses to meet surging pandemic demand.

And it’s further significant because Clark is the latest in a long line of executives who have left the Seattle-headquartered company in the last 12 months; and even in the three weeks since Clark’s announcement, Amazon has haemorrhaged execs, with two of the company’s few top Black executives, including one on the leadership team, announcing their departures, according to CNBC.

What is perhaps most significant about Clark’s departure though is that he is heading to a rival firm, a company that – while still in its growth stages as a startup – is starting to give Amazon a run for its money.

Clark is joining Silicon Valley-based US$8bn logistics startup Flexport, as CEO, stating in a  Twitter post that as much as he has “loved the ride” at Amazon, it was time to say goodbye and “start a new journey”.

It is seemingly a perfect fit given Flexport, like rival Amazon, is disrupting the archaic logistics industry, leveraging technology to improve how goods move around the world, and Clark’s extensive experience in building Amazon’s legendary fulfilment, logistics and transportation network.

Founded in 2013 by entrepreneur and former Columbia graduate Ryan Petersen, Softbank-backed Flexport has grown exponentially in recent years, hitting unicorn status in 2019 – and following a record year in 2021, where the firm moved nearly US$19bn of merchandise across 112 countries – it is now valued at US$8bn, has 2,800 employees in 89 countries and 23 offices worldwide.

But while the growth for Flexport has been phenomenal, with the startup now the sixth-largest freight forwarder in the trans-pacific region, the opportunity for further growth is even more so; and to realise that opportunity, “Flexport must build the most productive, highest quality operation in global freight forwarding and supply chain management”, Petersen recently said in a blog post.

And that’s where Dave Clark and his logistics leadership expertise comes in. But it’s not just his experience that landed him the role as CEO, but his passion. “What impressed me about David”, Petersen said, “is not just his leadership track record” but the fact that he’s “an entrepreneur at heart” with a “passion for logistics… he’s a builder and a supply chain geek like so many of us”.

Clark’s new role, as co-CEO for the first six months, then solo CEO thereafter when current leader Petersen moves into the role of chairman, suggests Flexport is looking to capitalise on its success to date and move from being an ambitious (and successful) startup to a major player in logistics.

And Clark, who describes himself as a “builder at heart” looks like the man to take it there. As he himself recently said in a LinkedIn post: “I have spent the majority of professional life thinking about solving problems at the intersection of technology and the physical world. That is what I did for most of my 23 years at Amazon. I worked with great teams to build technology enabling a more transparent, efficient delivery of goods to customers.”

Describing the current supply chain crisis as suffering from a “significant fragmentation of technology and process”, Clark said that Flexport had thrown itself at this problem “by brilliantly tackling the most complicated piece of the supply chain – the global cross-border movement of goods” and had grown the business to an impressive size and scale. “It is for these reasons and countless more that I am looking forward to transitioning into the role of CEO at Flexport.”

How Dave Clark worked his way up the Amazon ranks

Clark joined Amazon fresh out of MBA grad school in May 1999 when the company was still small with just six fulfilment centres. He said in a blog post recently that he was “drawn to the opportunity at Amazon because of the people I met when I came to Seattle”, people he describes as “brilliant” and “eclectic” and “fun… builders who were intent on changing the world through their work”.

He played an increasingly large role across the company, starting as an operations manager in Kentucky, growing to a general manager in the Northeast, stepping up to lead worldwide operations, and then eventually leading worldwide consumer. As head of logistics, he led teams to build the firm’s legendary fulfilment, logistics and transportation and was a major proponent of Amazon’s US$775m acquisition of warehouse robot maker Kiva in 2012.

In a blog post, Amazon CEO Andy Jassy acknowledged that Clarke had had an “increasingly large impact across the company” and had “led teams who designed several generations of fulfilment centres, built out Amazon’s transportation network from scratch, and developed significant talent throughout the organisation”.