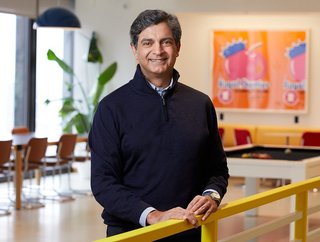 CEO of WeWork since 2020, Sandeep Mathrani has not only stabilised the firm, but rebuilt its foundation, and now he’s taking on the extra role of chairman

The global flexible workspace provider, co-founded by Neumann a decade prior, and backed heavily by Japanese tech investor SoftBank, lost US$1.9Bbn in 2018 (on revenue of US$1.6bn), and – as was discovered following a failed IPO rollout – had been losing money for the best part of three years. By the end of 2019, WeWork’s valuation of US$47bn had spiralled to bankruptcy, dropping to just US$2.9bn by early 2020, as rumours of self-dealing by Neumann swirled.

This marked the first major challenge for Sandeep upon joining WeWork as CEO in February 2020. The second, totally unforeseen, arrived within his first month in the job, as the pandemic hit and the world went into lockdown, leaving WeWork – whose entire business depends on people sharing co-working space – well, out of business.

Fast forward two years, and not only is Eton-educated Sandeep still at the helm of WeWork, having successfully helped to stabilise and strengthen the business, not to mention weather the pandemic storm, but he has just been handed an additional role – chairman of the company – following the departure of Marcelo Claure who left the firm in January as part of his exit from WeWork’s primary backer, Softbank.

Being appointed chairman after two years is testament to the commitment, drive, and expertise that Sandeep has brought to the WeWork table, not to mention the performance of the company under his tenure.

According to Bruce Dunlevie, lead independent director of the board, and general partner of Benchmark Capital, WeWork’s first institutional investor, in just two years as chief executive, Sandeep “has not only rebuilt WeWork’s foundation, but has oriented the company’s path towards sustainable profitability through disciplined growth and innovation”.

He has led the organisation’s transformation efforts, and under his leadership, the company has made significant progress in streamlining operations and stabilising the space-as-a-service business, while finding new ways to monetise WeWork’s existing footprint and technology.

WeWork locations are currently found in 750 opening and ‘coming soon’ locations in 121 cities worldwide, with customers including Microsoft, Pfizer, Samsung, Zoom and Visa.

Adding chairman to his role, Sandeep is now also tasked with leveraging his now deep understanding of WeWork’s business to elevate opportunities that support the short- and long-term growth of the company.

Sandeep Mathrani – how did he get here?

None of this is surprising given Sandeep’s real estate track record, which, over nearly three decades of retail real estate leadership, includes a number of transformations and turnarounds.

As executive VP in charge of retail for Vornado Realty Trust (2002 to 2010), Sandeep both stabilized the grew the portfolio, as well as repositioning and saving a once dying New Jersey mall – bringing in a Whole Foods store to make it work.

In 2010, as chief executive of General Growth Properties, GGP (2010-2018), Sandeep began the successful transformation of the then second-largest US shopping centre operator, leading the Chicago-based REIT through bankruptcy in 2010. Sandeep raised US$2.3bn and recaptialised the company with another US$6.8bn to turn around GGP’s fortunes. It was sold to Brookfield Properties, and Sandeep was named chief executive of Brookfield’s retail group.

And during his eight years as EVP at Forest City Ratner (1994-2022), his first role in retail real estate, Sandeep started and grew a new platform of retail properties across the five boroughs of New York City.

Real estate wasn’t his first career choice, though. Born in India and educated at Eton in England, Sandeep undertook two master’s degrees, in engineering and in management science, at the Stevens Institute of Technology in New Jersey before joining his first role designing wastewater treatment plants.

Within a few years, he had moved into retail real estate, where he spent the next 30 years first as EVP at Forest City Ratner and then Vornado Realty Trust, for eight and nine years, respectively. From thereon in, Sandeep continued his real estate climb, in chief executive roles only, at General Growth, Brookfield Properties Retail and finally WeWork.

He currently serves on the executive board and the board of trustees for the International Council of Shopping Centers, and on the board of directors of Host Hotels & Resorts, Inc.