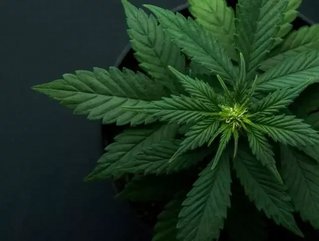 Canada’s Aurora Cannabis has accelerated its investment strategy, having increased its stake in Cann Group, whilst also being in the process of acquiring more shares from Radient Technologies.

Aurora has revealed that it will be spending up to AUS$60mn (CAD$57.9mn) to boost its ownership in the Australian-based Cann Group from 19.9% to 22.9%. Whilst an initial investment of AUS$50mn (CAD$48.2mn) has been processed, the remaining two phases of investment won’t complete until 15 January 2018.

“Cann is the leading cannabis company in Australia, having been awarded the first ever license, and funding the acceleration of its expansion plans makes strong strategic sense,” said Terry Booth, Aurora's CEO.

“The value of our initial $6.5 million investment, based on Cann's closing share price as of Friday 1 December 2017, has already increased ten-fold to $65 million, and we have strong confidence in the Cann team to continue executing on their expansion plan and generate further shareholder value in the process.”

Further, Aurora also announced that it would be investing a further CAD$6.2mn into Radient technologies – a company that extracts natural compounds from a range of materials using microwave assisted processing.

“With multiple Aurora facilities coming online and ramping up production in the coming quarters, as well as the anticipated export of cannabis oils and preparations for the legalization of adult consumer use in Canada, Radient's planned expansion positions both companies exceptionally well to accelerate revenue growth,” Booth said.

“This investment reflects our strategy to build a constellation of vertically integrated partners and subsidiaries, and we look forward to jointly pursuing further expansion of market share in this exiting space.”

Aurora has been attempting to considerably expand its operations of late, with the expectation that Canada will legalise the production, sale and consumption Marijuana.

This has included the company attempting to buy CanniMed Therapeutics.