Calgary ranks second in Canada for economic and physical health 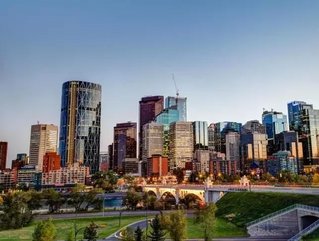 The Conference Board of Canada City Health Monitor, released on Tuesday morning, has found that Calgary comes second place out of 10 Canadian cities for its socio-economic and physical health.

Calgary sits in the middle of the reviewed cities when it comes to physical health. It got top grades for lower numbers of chronic obstructive pulmonary disease, diabetes and heart disease, but saw higher rates for stroke, hypertension and asthma.

Calgary got an A overall in terms of life satisfaction with top marks in perceived life stress, sense of belonging and perceived health.

The report shows Calgary is still Canada’s wealthiest metro area despite price of oil and the economy. According to The Health Monitor, Calgary has the highest GDP per capita and highest personal disposable income per capita, along with highest labour force participation.