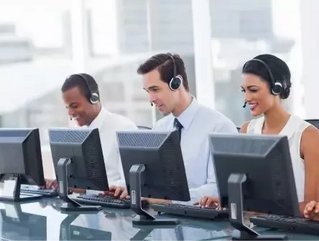 A decade ago outsourcing was a new concept; now it is in many industries the norm. Indeed it is a significant part of the global economy: in August 2013 Gartner predicted that the global outsourcing market will grow by 5.4 percent a year for the next four years, reaching a total value of $288 billion.

1) Language will be a hurdle

Perhaps the most common complaint about outsourcing to an overseas firm is that they will not have the language skills required. We have all suffered through conversations with unfortunate young Indians who are bravely trying to comprehend unfamiliar words, make themselves understood through thick accents, and compete with a crackly line. It is little wonder that many senior executives are reluctant to entrust their customer service to an outsourcer which might present similar problems.

Yet, in new outsourcing locations like Bulgaria, language skills are a selling-point rather than an embarrassing problem. An outsourcing company in Bulgaria can speak more than 30 languages. And companies such as US research company Service 800, are specifically outsourcing to Bulgaria because of its multilingual capabilities, which, in nine months has built a team of 37 people speaking 22 languages to consumers in Europe, the Near East and Africa on behalf of Service 800.

What is more, the standard of those languages is very high. It is not enough for someone to speak the language well, or even be merely technically fluent – they must be a native speaker. For example, to speak to Brazilian consumers Portuguese is not enough; it must be Brazilian Portuguese.

2) It might save us money but it will compromise quality

There are few aspects more critical to the success of a business than the relationship it has with its customers, and so it is unsurprising that so many companies are reluctant to entrust these relationships to a third party.

Because much of the early enthusiasm for outsourcing was driven by the opportunity to cut costs, and because there are still significant savings to be had – at one outsourcing company in Bulgaria for example, has fees which are around half those of a comparable agent in the UK - the entire outsourcing industry has in many minds become synonymous with cost savings.

Yet recent research from business advisory firm KPMG among 490 outsourcing contracts worth a total of £10 billion found that for many companies the primary driver for outsourcing is no longer cost reduction – it is in fact enhanced quality of customer service.

KPMG stated that 48 percent of respondents based decisions to outsource on a desire to improve service levels. That was up from 28 percent in 2009. 56 percent cite ‘the need to access skills’ as an influential factor behind their decision to outsource.

An outsourcing firm may hold generic skills and knowledge, but it will lack specific knowledge about a company, its products, services and customers. For this reason many executives fear that entering an outsourcing arrangement will result in them running endless training sessions for the outsourcer’s agents.

Yet, in most cases it is only the initial training that needs to be delivered by the client company. For example, when Seatwave first began speaking to its outsourcing company back in 2010 the ticket reseller needed to be certain this company would answer at least 80% of queries in real-time, answer e-mails within 48 hours, and maintain the reputation for high quality customer service that it had built.

It brought the first batch of outsourced agents to its London head office and ran a detailed training programme for them. However, since then, the managers at the outsourced company and trainers have been able to give new Seatwave agents all the training they need. Three years later it now answers 97% of queries in real-time, respond to e-mails within 24 hours, and achieve all targets for quality of customer interactions.

4) I will have no control over an outsourcer

It is easy to feel confident about the quality of customer service you are delivering when you can wander over to your customer service department, walk among the agents and listen to the conversations they are having. How do you know what an outsourcer is doing?

When travel company Thomas Cook first began using an outsourced company for its customer service webchats it was nervous about it. Thomas Cook had always used a contact centre in Scotland, and so to outsource to distant Bulgaria was a risk.

Yet, the team at Thomas Cook was able to monitor webchats in real-time. It could look at a dashboard showing response and resolution rates, and it could see from the low escalation and complaint rates that the campaign was running as it should.

In fact, many clients of outsourced companies will say they have a clearer view of what these companies are doing for them than they gained from their in-house departments. At first, Thomas Cook monitored everything very closely but over time it relaxed, confident in the service this outsourced company was providing to its customers. In the coming months it will also entrust the company with its telephone-based customer service.

5) We will have to pay six-figure set-up fees

For organisations that have spent years building an in-house customer service function it has always been a major step to outsource it, not only for all the concerns above, but also because outsourcers have traditionally charged significant set-up fees.

An understandable reluctance to pay six-figure set-up fees has deterred many executives from outsourcing, yet the rise of cloud technology solutions, and a more flexible workforce in many countries, is enabling a growing number of outsourcers to do away with this set-up fees.

With outsourcers charging no set-up fees, offering ongoing costs around half those of a comparable UK contact centre, and providing a pool of talented, enthusiastic young workers with enviable language and technical skills, it is no wonder that a growing number of companies like Thomas Cook, Sky, and Seatwave are looking again at outsourcing.

Based in Sofia, Bulgaria, 60K is a 600-seat contact centre which since 2008 has provided multichannel and multilingual support to the customer service functions at companies such as Thomas Cook, Sky, Seatwave, and Service800.