[INFOGRAPHIC] 10 Financial Lessons We Can Learn from Warren Buffett 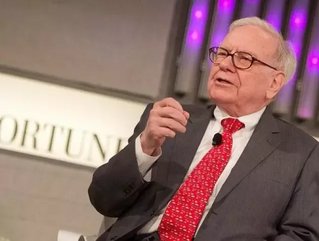 Only 4 in 10 Americans say they are financially literate. 30 percent of Americans can’t even answer the question “Are you financially literate?” correctly. This means that too many Americans don’t think about how they spend their money, have no idea how to invest in the stock market and don’t have a retirement plan; among other financial skills.

This is, to say the least, strange in the richest nation humanity has ever seen—that the majority of its citizens can’t, or won’t, design a monthly budget and stick to it. In such a nation, presumably with the most number of rich people in the world, it would seem that these people are sharing their knowledge with the rest on how to make one’s money grow, or at the very least not shrink.

There are plenty of rich Americans, however, who do share their knowledge. One of these is Warren Buffett, who also happens to be one of the richest men on the planet.

When it comes to investing in the stock market, one of Buffett’s cardinal rules is to own your investment. Not just put your money in it, hope it climbs in price and walk away until you can make a profit of it. No, instead invest and think of yourself as an owner of the company.

The infographic also tackles Buffett’s beliefs about risk-taking. It turns out that, despite being citizens in the home of the brave, Americans in general are averse to risk-taking. We invest in bonds, banks and gold instead of stock because we think they're safe. Buffett however, believes that stocks outperform all of these and are safer too.

Related Story: How to take risks in business and win