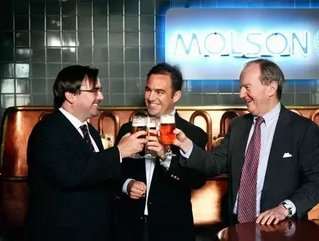 Molson Coors Brewing Company announced today its plans to purchase StarBev L.P. from CVC Funds for $3.54 billion. StarBev operates nine breweries in Eastern and Central  Europe and is headquartered in Amsterdam, The Netherlands and Prague, Czech Republic. In 2011, StarBev generated an annual sales figure of $1 billion and earnings of $322 million.

“The acquisition of StarBev fits squarely into Molson Coors’ strategy to increase our portfolio of premium brands and deepen our reach into growth markets around the world,” said Peter Swinburn, President and CEO of Molson Coors. “The Central and Eastern European beer market is attractive, with strong historical trends and upside potential as the region returns to its pre-economic-crisis growth rates. StarBev, as a market leader in the CEE region, provides Molson Coors with a great platform for growth and an excellent foundation from which to extend our key brands, such as Carling, into Central and Eastern Europe. Staropramen, StarBev’s international flagship brand, will also enhance our portfolio in some of our current and planned markets.”

This acquisition is seen as a benefit for Molson Coors as the company expects StarBev’s added revenue will build Molson’s growth in emerging markets.

“Making targeted acquisitions that expand our global presence and drive shareholder value is a key pillar of our stated growth strategy. We are committed to being disciplined buyers. We believe this acquisition, which is financially compelling and meets all of our return on capital requirements, is consistent with these goals,” said Swinburn.

Molson Coors projects that this acquisition will produce $50 million from operations by 2015. StarBev will be operated as a separate business unit under Molson Coors with headquarters remaining in the Czech Republic.

“We are delighted to become part of one of the world’s largest brewers. It has been great to work with CVC as we have developed and grown this business over the last few years. Their support has enabled StarBev to become a leading innovator of world-class brands. I am convinced Molson Coors will take StarBev to the next level of development and growth,” said Alain Beyens, CEO, StarBev.