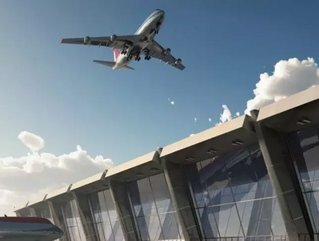 Some forty years ago, Mirabel International Airport was Montreal’s gateway for the globe for the Olympic games.  Presently, it is an abandoned wasteland facing demolition, as Montreal leaders have failed to come up with a reasonable plan to repurpose the building.

Although Mirabel still runs cargo flights, the airport hasn’t hosted a passenger plane in a decade.  As maintenance costs pile up and the structure continues to decay, facility owner Aeroport de Montreal says it’s just not feasible to spend tens of millions of dollars to rebuild and repurpose the airport.  Instead, the company’s board will meet next month to award the contract for its demolition.

Airports in similar disrepair have been repurposed as parks, hotels and shopping malls, but according to aviation expert Angela Gittens, this isn’t always the smartest choice.

“It’s a very local decision,” Gittens told CTV’s Canada AM.  Gittens, director general of the Airport Council International, said it takes a substantial amount of time to repurpose an airport, and sometimes, it’s easier to demolish one entirely. “There really is no other use for an airport, besides an airport,” she said.

In relation to surface size, Mirabel was the world’s largest airport—as well as the most expensive in Canadian history—when it opened in 1975, just a year before the Summer Olympics in Montreal.  It had better facilities than the Dorval airport, but lacked convenient highway and transit links to the city, and passengers had difficulty commuting from Mirabel to the heart of the city.  Eventually, airlines began to bypass Mirabel in favor of Dorval (now called Trudeau) Airport, and Mirabel lost its passenger traffic.

In May, Aeroport de Montreal said they had spent $30 million to maintain Mirabel over the past ten years.  The company said those costs aren’t worth it to support the limited traffic the airport brings in, especially since an additional $15 million in major repairs would be required to keep the airport open.