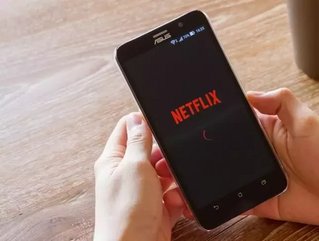 Netflix’s market capitalisation has reached $100bn for the first time, having released strong results for Q4 2017.

Netflix added 8.33mn subscribers during the three-month period ended December, greatly exceeding the expectation of 6.3mn, resulting in the company’s share price rising as high as $257.65, taking the company’s valuation comfortably over $100bn.

The results round off a strong year for Netflix, with the company having gone from strength to strength throughout 2017.

“We had a beautiful Q4, completing a great year as internet TV expands globally,” Netflix said in a letter to shareholders. “In 2017, we grew streaming revenue 36% to over $11 billion, added 24 million new memberships (compared to 19 million in 2016), achieved for the first time a full-year positive international contribution profit, and more than doubled global operating income.”

The US streaming giant attributes much of its success throughout last year to the significant emphasis that it placed on its own-brand titles, including hits such as Stranger Things and 13 Reasons Why.

“We believe our big investments in content are paying off,” Netflix continued. “In 2017, average streaming hours per membership grew by 9% year-over-year. With greater than expected member growth (resulting in more revenue), we now plan to spend $7.5-$8.0 billion on content on a P&L basis in 2018.”

Further, the company plans to expand its marketing budget from $1.3bn to $2bn, with its technology & development investment expected to rise by the same margin in order to support this.

However, with such financial commitments being made to further boost its subscriber base, the company is expecting its negative cashflow to increase from $2bn in 2017 to up to $4bn in 2018.