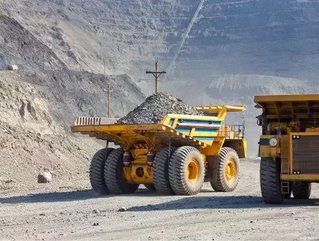 Canada’s Ring of Fire mining project in Northern Ontario could be one step closer to reality. Ontario and Matawa First Nations have reached an agreement that paves the way for progress. On Wednesday, the province’s Ministry of Northern Development and Mines confirmed that the province and the chiefs of all nine member First Nations of the Matawa Tribal Council had signed the agreement.

The agreement will enable development of the swamp some 540kms north of Thunder Bay, Ontario. The region, dubbed ‘Canada’s next oil sands’ is estimated to house $60 billion in minerals including chromite, nickel and copper.

“This regional framework agreement is a landmark achievement in community and regional discussions,” said Michael Gravelle, Ontario’s Minister of Northern Development and Mines.

As yet, no details of the agreement have been revealed, however the press release did mention the deal would mean, “enhanced participation in the environmental assessment process,” for First Nations. From the offset a lack of consultation regarding environmental concerns had left many of the Matawa First Nations feeling affronted.

The landmark agreement follows months of intense negotiations over a number of key sticking points. According to the Huffington Post Canada, those issues included environmental monitoring, resource revenue-sharing arrangements and regional and community infrastructure and social assistance.

Negotiations began in September between the province’s chief negotiator, Frank Iacobucci, and Bob Rae, who worked on behalf of the Matawa nations. The process was expected to take about a year, however the lack of agreement between the province and First Nations had deterred some miners from making investments. The province has been keen to settle negotiations for some time owing to the potential billions of dollars in royalties it could receive if the project takes off. The time it has taken to come to an agreement however, has meant that initial buy in has waned.

Cliffs Natural Resources, the biggest player in the 5,000 square km area, cited a lack of progress between government and First Nations as a major reason behind its decision to suspend its $3.3 billion Black Thor chromite project last year. Noront Resources Ltd., the Toronto-based miner with the most advanced project in the region, said Wednesday it is encouraged by the news.

“We've always felt that having the right conversations is essential for progress in the Ring of Fire, and we expect that development will now be able move ahead in a timely fashion,” said President and CEO Alan Coutts.

Furthermore, the chiefs, acting on behalf of their communities, expressed optimism that the agreement would be meaningful in the long-term. “I’ve seen many framework type processes come and go, and MOUs, and some have had beneficial results but many have not gone anywhere,” said Chief Elijah K. Moonias of Marten Falls First Nation.

“I am optimistic that this regional framework allows us to be more involved in development and the decision-making that is going to happen.”

Many of the other chiefs expressed optimism the agreement will show they are open for business and understand the need to balance economic interests with environmental and social impacts.