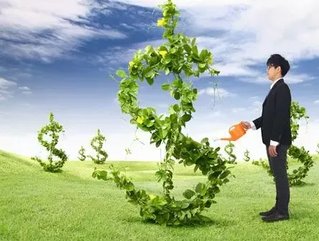 Bad date last night? Don’t despair. It’s not as awful as you may think. That bad date can actually teach you a lot about successful investing.

1. Don’t Judge a Book By Its Cover

Dating: The guy was over a half-hour late for dinner, his outdated shirt barely matched his Taco Bell-stained pants, the rain gave him a lethal dose of bed-head and the busboy was making more money than he was.

You thought you were about to have a date from fiery hell, but you didn’t realize then that you would end up marrying him.

Investing: The receptionist was pleasant, but the carpets were dull and the musty furniture reminded you of grandma’s place in Brooklyn. You were ready to take your money to that Private Wealth Management Firm with the white marble staircase and baby grand, but when the well-mannered financial advisor appeared, you figured you’d be courteous and give him a few minutes of your time.

You were most pleasantly surprised when he touted low cost, tax efficient investments with attractive rates of return that perfectly matched your goals in his pitch.

It was then you realized that there’s a reason the furniture in his place is out-dated—mainly because the guy isn’t decorating his lobby via your pocket.

Lesson Learned: First impressions can easily get the best of us. Taking a peek behind the curtain will typically benefit both your finances and your heart.

Dating: Your dream woman strummed an acoustic guitar, idolized Dylan Thomas and Ginsberg and donated your favorite Levi’s to a homeless guy on the street.

While you were blinded by lust at first, after months of helping her pay for rent, organic meals and all those movies you pretended to like, you were worn out.

You finally realized that when it comes to dating, all those little costs quickly add up to a hefty investment.

Investing: Your mutual fund was barely moving. Five years in, you just couldn’t figure out why you weren’t making much money. Then, you wisely took the time to research what you were paying, only to find that the fund was charging you extravagant annual fees and taxes.

Lesson Learned: In investing and dating, costs most definitely do count. Taking the time to evaluate how much you’re really paying is essential to your success with both.

3. It Doesn’t Have to Be Complicated to Be Effective

Dating: For many, the best dates are the simple ones spent on the couch on a cold winter night. While dining at Nobu has its appeal, it’s not a requirement for a great date. Often, a relationship’s more low-key nights are remembered most fondly.

Investing: When it comes to investing, many of the most successful investors I’ve helped are those with the simplest portfolios. On the other end of the spectrum are investors that spend every waking hour chasing returns, analyzing complicated charts, dissecting corporate balance sheets or scouring the market, searching endlessly for a perfect buy.

Lesson Learned: There are roughly 15,000 mutual funds in the country with approximately two professional fund managers each. Of those 30,000-ish fund managers, guess how many have beaten the static, mindless S&P 500 index more than ten years in a row?

Get this: just one—the legendary Bill Miller from Legg Mason. Undeniable statistics prove that the S&P typically out-performs over 80 percent of managed mutual funds. Sharp investors realize that efficient and successful investing rarely has to be complicated to be effective.

4. Cut the Losers, Ride the Winners

Dating: The first handful of dates were perfect, but by the time mid terms rolled around, your college girlfriend—“Crazy Mindy”—crashed your car, emptied your bank account, caused you to miss your finals and gave you a black eye.

After graduation, you realized you wasted your entire senior year trying to turn Crazy Mindy into the person she once appeared to be.

Investing: On paper, the company looked like a winner. Not only was the stock going through the roof, but even Madonna used its products. At first the investment took off, but thanks to a deadbeat CEO and a few federal regulations, the stock began a downward spiral.

Convinced it would come back, you held on, only to wake up realizing you would have been better off giving Crazy Mindy your money to invest.

Lesson Learned: Crazy Mindy could care less about you and likewise, stocks don’t love you either.

When something isn’t working, in love or in money, get out quickly. Just cut your losses, move on and live to fight another day.

5. Don’t Give It up on the First Date

Dating: Dinner was great—your date made you laugh, said all the right things and looked even better after just one martini. But back at your place, just as the room sweltered to high noon out on the Serengeti, your mother’s voice politely whispered, “not on the first date!”

Wisely, you pushed back and let time nurture the relationship instead.

Investing: The financial advisor seemed like a nice guy. He showed you attractive rates of return, sported a Tom Cruise smile and even served cappuccinos in fancy china. So you rolled the entire 401k into an IRA, only to later realize it cost you a huge upfront commission on high fee investments that caused you nothing but losses to boot.

Lesson learned: Treat your money like you’d treat your body: don’t give it up on the first date. Taking time to nurture a relationship will not only make your mother proud; it will provide you with one of the most important keys to financial and dating happiness.

6.  Diversification is the Key to Success

Dating: Adam looked like Alan, Alan acted like Arnold, Arnold smelled like Arnie and Arnie reminded you of Alex. And just when you thought you found the Perfect-A, Aiden stood you up just like Albert and Abe once did. In a moment of revelation, you finally realized your relationship problems had nothing to do with you, but everything to do with guys whose names start with the letter A.

Lesson Learned: Diversification is a critical key to investment success. Load up in one sector or stock and it’s not a question of if disaster will strike—it’s a question of when. Spread the risk, diversify your investments into the prudent, timeless fundamental asset classes and most importantly, consider dating guys whose names start with the letter B.

Bad date? Who cares? Next time something doesn’t turn out so well, simply shake your date’s hand and thank them for making you a richer person.

After all, when it comes to love and money, hopefully you’ve learned it’s all basically the same.

About the Author: Alan Haft is a retirement income planner, author of three books including the national bestseller, You Can Never Be Too Rich, and makes frequent appearances in national print, television, and radio media such as The Wall Street Journal, Money Magazine, CNBC, and BusinessWeek. He can be reached at [email protected]