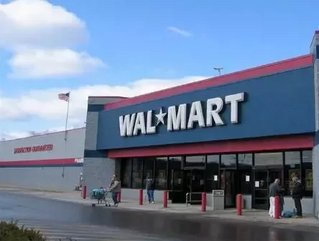 Wal-Mart, the country’s largest private employer, has announced that it will no longer offer health insurance to part-time employees.

The changes in the retail giant’s coverage plan, effective this January, will affect its entire workforce of over 1.4 million full- and part-time workers.

Full-time Wal-Mart staff will see health insurance premiums rise by as much as 40 percent. Smokers will be required to pay up to $90 more each pay period. According to Wal-Mart spokesman Greg Rossiter, “tobacco users consume 25 percent more healthcare services than non-tobacco users.”

Rossiter said the company’s decision is a harsh necessity in the face of rising healthcare costs.

“Healthcare costs are continuing to go up faster than anyone would like,” Rossiter told the Associated Press. “It is a difficult decision to raise rates. But we are striking a balance between managing costs and providing quality care and coverage. The current healthcare system is unsustainable for everyone and like other businesses we’ve had to make choices we wish we didn’t have to make. Our country needs to find a way to reduce the cost of healthcare, particularly in this economy.”

In 1996, the company responded to union complaints by offering better benefits to all employees, regardless of the number of hours worked per week. Those who were already eligible for benefits prior to the current enrollment period may still participate in Wal-Mart’s insurance plan.