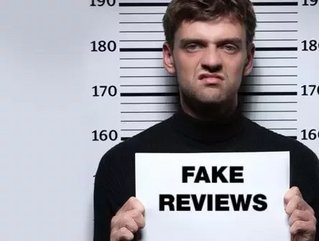 Bad service is one thing but writing a fake review online, now that will cost you. On Monday, New York Attorney General Eric Schneiderman announced it had snared and fined 19 companies for writing fake reviews on websites such as Yelp, Google Local, and CitySearch.

In the most comprehensive crackdown to date on deceptive reviews on the internet, the Attorney General’s office set up a fake yogurt shop in Brooklyn, New York, and sought help from firms that specialize in boosting online search results to combat negative reviews.

Through the course of its undercover investigation (Operation Clean Turf), they found that companies used IP spoofing techniques to flood the Internet with fake consumer reviews, otherwise known as “astroturfing.” The companies that posted the reviews solicited freelance writers, some of whom were in the Philippines, Bangladesh, and Eastern Europe, to write the reviews and then hid their identities by creating fake online profiles.

“This investigation into large-scale, intentional deceit across the Internet tells us that we should approach online reviews with caution,” said Schneiderman. “And companies that continue to engage in these practices should take note: Astroturfing is the 21st century’s version of false advertising, and prosecutors have many tools at their disposal to put an end to it,” he warned.

Astroturfing – yes, there’s a name for it – is the practice of preparing or disseminating a false or deceptive review. In recent years, the creation of fake reviews has become wildly popular with many SEO firms conducting the “blackhat” practice for clients in industries from local pizza shops to well-known corporations. This tactic is used to increase the reputation of a brand as well as increase sales.