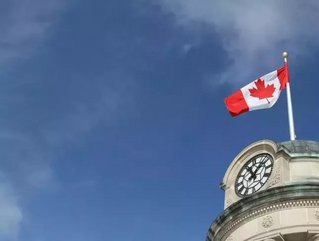 Located in southeastern Ontario, the city of Kitchener has a population of approximately 230,000 people spread over 52 square miles. The fourth-largest municipality in Ontario, Kitchener’s population is younger than the average Canadian city, with innovation and entrepreneurship at the centre of its economy. According to the Kitchener government, “Kitchener is the western anchor of the Toronto-Waterloo Region Innovation Corridor; a Corridor that has a population of 5 million people, over 5,000 startups and 200,000 tech workers. The Corridor is widely known as Canada's best economic growth opportunity, and is comparable to Silicon Valley in size, geography and capacity to invent.”

However, Kitchener’s aboriginal population has traditionally been an under-represented element of its society. Comprising only 1.4% of the Kitchener-Cambridge-Waterloo metropolitan area, the balance between First Nation, Métis and Inuit people, and non-aboriginal Canadians is more asymmetrical than the national average, where aboriginal people make up approximately 5% of the national population. Business Chief takes a look at three people working to give indigenous people in Kitchener the necessary resources to succeed in business.

According to Lori Campbell, Director of the Indigenous Student Centre at St. Paul's University College at the University of Waterloo, there exists the misconception that indigenous people have little experience in business.

"Something like that couldn't be further from the truth," said Campbell in an interview with CBC News. She is championing a specialized bachelor of Indigenous Entrepreneurship program at St. Paul’s, citing the lack of an indigenous perspective in Kitchener’s business environment as a leading reason why aboriginal students typically do not pursue business management degrees past high-school. She explained that “I often hear from indigenous folks that the [mainstream] business programs do not seem like something for them. They don't see that there is a place for them in business."

According to the CBC report, the program she is establishing aims to provide that perspective to both indigenous and non-indigenous students, with an aim to break down pre-existing stereotypes and providing access to a mainstream business world that indigenous people feel cut off from. Campbell notes that “they don't look at the business world and see themselves reflected in it.” The program at St. Paul’s was announced in January 2019 and will, in addition to a more catered curriculum, “allow students to study for two years at another post-secondary institution that will be credited towards the Waterloo bachelor degree, giving students the flexibility to stay close to home and get familiarized with a university setting before coming to Waterloo. Students will then come to St. Paul's University College and exclusively study in the business entrepreneurship program for two years.”

The program is expected to launch in time for the 2021 school year.

In addition to academic institutional support, students are working to help indigenous people in Kitchener and its surrounding area take advantage of the city’s technology and innovation-centred business landscape. Alejandro Mayoral-Banos came to Toronto from Mexico in 2014. According to a report by CBC, while studying he became friends with the indigenous community at York University. After a conversation about how the university could better serve the needs of its indigenous students, Mayoral-Banos and a team of students developed the Indigenous Friends app, a mobile platform to allow aboriginal people to connect, share resources and information, and foster their community. In 2018 it was announced that Indigenous Friends - which has since become a non-profit owned by the local indigenous community- has received a grant of US$160,000 in order to expand to other higher education institutions across Canada, allowing more people to take advantage of the networking opportunities it provides.

Indigenous people in Kitchener are also organizing across the private sector. CBC reports that local indigenous employment agency, Anishnabeg Outreach, which has offices in Kitchener and Guelph incorporated its own window cleaning company, AO Home Services, with roots in community outreach in 2018.

The profits from the business will be used to fund and develop “existing and future indigenous programs for the planned indigenous-led community centre as well as setting up shop in other southwestern Ontario cities.”

Stephen Jackson, who is Métis and the Executive Director at Anishnabeg Outreach, that indigenous organizations do not want to rely on government funding to maintain growth. "It's really fishing for ourselves," Jackson said in an interview with CBC news. "The idea is that half the profits go to Anishnabeg Outreach for our indigenous programming, but the other half go to growth."

The company aims to hire indigenous people over the Summer, teaching them about business operations and instilling new skills. Leadership will also be a focus as “students will have an opportunity to grow in the company.” Jackson continues, noting that "we're going to be teaching them valuable skills in terms of starting a business, running a business and growing a business."