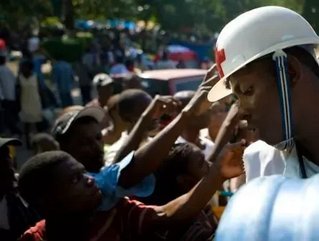 When it comes to corporate giving, there are so many parts of the world and types of organizations that are in need of monetary resources, volunteering, and donations to support the communities and families in which they assist. Here are our picks for the best philanthropies and their correlating websites to learn more about what these organizations do to better the world and make an impact toward a common force.

The American Red Cross was founded in 1881 and has become the nation’s most renowned emergency response organization. The organization offers neutral humanitarian care to the victims of war and aids victims of natural disasters, along with working to the prevention and relief of suffering.

Along with domestic disaster relief, the American Red Cross offers services in five other areas: community services that help the needy; support and comfort for military members and their families; the collection, processing and distribution of lifesaving blood and blood products; educational programs that promote health and safety; and international relief and development programs.

The Red Cross has more than half a million volunteers and 35,000 employees that work with its nearly 700 locally supported chapters. The organization also says that about four million people have given blood through the Red Cross and they have become the largest supplier of blood and blood products in the U.S.

Red Cross’ website says that an average of 91 cents of every dollar the organization spends is invested in humanitarian services and programs. Because the Red Cross isn’t a government agency, it lives off of donations of volunteer time, money and blood to accomplish its goals during times of disaster and need.

You were probably a member when you were a wee one, and I’m sure you’ve entertained the idea of bringing your own children to one of their great after school programs. The Boys & Girls Club of America enables all young people, especially those who need the assistance the most, to become productive, caring and responsible citizens of their communities and world. The first club was founded in 1860 in Hartford, CT and today, more than four million boys and girls take part in the club’s activities and programs.

The youth programs offered by the club include: Education & Career Programs; Character & Leadership Programs; Health & Life Skills; The Arts Programs; Sports, Fitness and Recreation; and Specialized Programs. The club has some 4,000 chartered locations and 51,000 trained staff.

Major American businesses have donated time and money to the club, including partnerships with Microsoft, Comcast, Charles Schwab, AT&T, New York Life, Coca-Cola, and so many more. Additionally, the Boys & Girls Clubs of America are the official charity of the Major League Baseball organization.

Built on the premise that every life has equal value, the Bill and Melinda Gates Foundation works to assist people into leading healthy and productive lives, whatever their situation may be. In developing countries, the organization focuses on improving people’s health and giving them the opportunity to rid themselves of hunger and extreme poverty. The Foundation was established in 1994 with an initial stock gift of $94 million.

In the United States specifically, the foundation seeks to make certain that all people, and especially those with the fewest resources, have access to opportunities they need to succeed in school and life. The Foundation has its headquarters in Seattle and is led by CEO Jeff Raikes and William H. Gates Sr., under the direction of Bill and Melinda Gates and Warren Buffett.

Since its inception, the Bill and Melinda Gates Foundation has $24.81 billion in total grant commitments and had a total of $2.6 billion in grant payments in 2010 alone.  Some of the grant commitments from years past include the United Negro College Fund, PATH Malaria Vaccine Initiative, Intensive Partnerships for Effective Teaching, Save the Children, and Alliance for a Green Revolution in Africa.