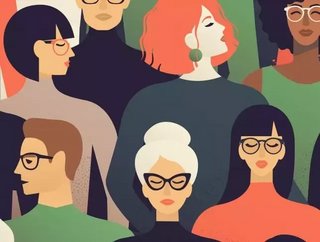 It’s no secret that today women make up a nearly equal part of Canada’s workforce as men. While this might be apparent around the office, it’s still not entirely reflected when it comes to compensation.

Together with Leger, ADP Canada decided dive into this issue to not just understand the imbalance of base salaries of working Canadians, but also in additional compensation and attitudes around the priority of pay equity in their organizations. The results were disappointing, but to many— not all that surprising.

When it comes to salaries, the survey revealed that, based on self-reported figures, working woman in Canada (CA$49,721) earned, on average, nearly 25 percent less than their male counterparts ($66,504) last year. When you factor in additional compensation, such as bonuses and profit sharing, the gap widens further. Women on average reported earning $3,912 in additional compensation in 2018, while their male counterparts report $5,823 - meaning women are earning one-third less in this respect.

The priority of pay equity also remains to be a discrepancy between working Canadians. One in four women believe that pay equity is not made a priority by management in organizations, which is reflective of the 31 per cent of responding executives who state that the gender wage gap is not their primary concern. Perception of pay inequity is also an issue, as 78% of men said they believe that pay equity is being achieved in their organization – compared to only 62% of women.

Discussing salary has become less taboo as it has been in the past, and 48% of all workers say that they would leave their current employer if they found out that a colleague of equal standing received different compensation based on gender. These conversations are happening more frequently, and tolerance is declining. Millennials are most troubled by this, with 52% saying they would leave their current employer if they found out pay equity was not achieved in their workplace—higher than any other age demographic. As these workers become the largest segment of the Canadian workforce, the ability for organizations to take a stance of inaction on the topic of pay equity is rapidly declining – and employers that do not prioritize it accordingly risk losing talent to competitors that do.

In the tight talent market of today and tomorrow, it can and will be difficult to keep find and retain great employees for your organization. To ensure you’re not losing people due to unjustified, antiquated pay biases, employers should consider the following steps:

We’ve come a long way. Today’s workplace better reflects gender equality in many ways however, more work needs to be done to ensure that organizations have the tools they need to help promote a more inclusive pay environment.

Wage transparency, diverse management groups and fair hiring practices are all pro-active drivers that can help bridge the gap between gender pay inequity. Committing to equal pay as an organization could also establish trust among the workplace and help employees (and customers) build strong relationships with your company.

Leading organizations should review their compensation policies and practices each year to make sure that they comply with pay equity practices. When setting budgets, audit compensation levels and look for opportunities to remove unseen or unintentional gender bias.

Executives and managers should also be trained so they understand the impact of gender bias on their decision-making and communicate in a clear and efficient manner to reduce bias in staffing decisions and performance reviews. Also, pay analysis, coupled with a pay development plan should be established early in the budgeting process, to eliminate pay gaps.

To help break the glass ceiling, companies need to work to recognize and remove all biases in their hiring practices; hiring and promotion decisions should be based on talent and qualifications and not gender or any other factor prone to bias. According to the survey, fair compensation based on qualifications and results – regardless of gender – is a top concern for younger Canadians; however, it should also be a top priority for everyone in the workforce. The Canadian workplace is moving towards a more progressive stance regarding gender pay inequity but workplace behaviours need to change for this issue to be diminished. Stricter guidelines, processes and procedures (including having a diverse candidate selection panel) should be in place during the hiring process to ensure that the right person is chosen for the job – and that their compensation is reflective of their position, not their gender.

Canadian workplaces can help alleviate this unfair and outdated gap by compensating workers free from bias to contribute to a healthier, happier workplace overall.  And remember, it isn’t always all about the money. The pay gap can be harmful to more than just a female employee’s bank account; paying some less than others for the same work can decrease morale and diminish a great employees self-worth.

Having confidence, comfort and credit for a job well done is something that you can pay for, but cannot put a price on.

Sooky Lee is the General Manager of ADP’s Human Resource Outsourcing practice in Canada. She is responsible for the growth and management of a strategic business unit providing ADP Canada clients with HR support and services in a variety of ways, from self-service access to HR knowledge, compliance and tools via ADP HR Assist or fully managed HR administrative services through ADP Workforce Now Comprehensive Services.