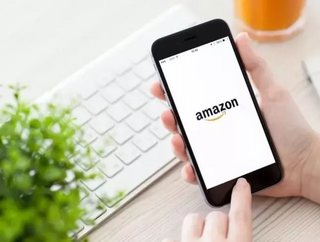 Out with the old, in with the new . . . clothes? It seems that Amazon Canada has recently expanded their inventory to include clothing items, such as designer jeans and Nike tennis shoes. Since opening in 2002, Amazon.ca has been known for not having these options readily available.

However, that’s all changed—Amazon Canada is offering more to its clients. But in the wake of this new deal, who will suffer? Should department store executives be concerned?

It would appear that Amazon Canada has decided to change up their game in an attempt to compete with other stores, including Hudson’s Bay, Canadian Tire and Best Buy. Specifically, after the previously mentioned stores began to increase their digital space.

In it’s a debut, Amazon Canada has 1.5 million items for men, women and children. Furthermore, a variety of top brands will be offered, such as True Religion and Puma.

Regarding the new merchandise, Sandy Silva, fashion and beauty industry analyst at the market research firm NPD Group in Toronto said, “I think it is a game-changer.”

NPD’s tracking surveys have shown that consumers are definitely becoming more open-minded when it comes to purchasing apparel online. Amazon executives have even seen stepped-up consumer search activity in this category.

Country Manager for Amazon.ca Alexandre Gagnon has stated, “In aggregate, we are seeing a lot of interest online for shoes and apparel.”

However, it’s also been noted that clothing still remains a delicate subject for any retailer online due to higher-than-average return rates.

So, do department store executives need to start worrying about competition? Probably not yet.

While many consumers will most likely take advantage of the convenience of shopping for various clothing items online, there are still plenty of men and women who enjoy the act of physically going into a store to shop. And as stated, there’s a high return rate on clothing items that are purchased online.

For now, it looks like department stores don’t have to worry—there’s enough room for all players in this clothing game.