Amazon will be shutting down its Quidsi business 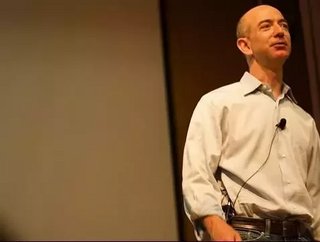 It’s not often that you become the second richest man in the world, alongside shutting down a unit which you previously acquired off a rival – all in the same day. Replacing Warren Buffett and Amacio Ortega, Bezos now has a net worth of over $75 billion, according to Bloomberg’s Billionaires Index.

Although Amazon CEO Jeff Bezos is now one of the most successful men in the world, that does not mean all parts of Amazon’s business model have been an instant success. With a focus on other areas of Amazon, such as its technologies surrounding delivery and fresh food service, the company will be shutting down its Quidsi unit, the parent company of Soap.com, Diapers.com, alongside seven retail sites, such as Yoyo.com and Wag.com, which will become absorbed into the main business.

With the aim to retain as many employees as possible, there will be ample opportunity for individuals to apply for further positions at Amazon within other areas of the business, with programmers moving to the AmazonFresh division, according to Reuters. Amazon informed CNBC: "We have worked extremely hard for the past seven years to get Quidsi to be profitable, and unfortunately we have not been able to do so. Quidsi has great brand expertise and they will continue to offer selection on Amazon.com; the software development team will focus on building technology for AmazonFresh.”

However, many are seeing this move to not only be solely business motivated, but one which will surely upset Mark Lore, founder of Quidsi, alongside Vinit Bharara. Amazon bought the business through a bidding war, of which the duo then worked at Amazon for two years’ post-acquisition as part of the deal. However, both left the company in 2013, where Lore then started up Jet.com, which he sold to Walmart in 2015 for a staggering $3.3 billion.

Bezos and Lore are continually at loggerheads in the retail and business world. Now part of Walmart’s e-commerce operations, the company is continually striving to compete against what can only be described as Amazon’s force within the retail market. Techcrunch has also recently reported that Amazon has acquired Souq.com, a retail site based in the Middle-East, further cementing the company’s global dominance.