BBB Reveals Most Complained About Industries 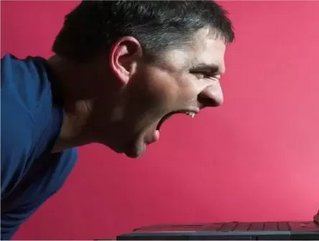 We all know that unsatisfied customers usually have no qualms about voicing their displeasure, but they don’t always research a business’s reputation before handing over their money. According to the Better Business Bureau, consumer and shopping savvy is on an upswing, as the organization received a record amount of contacts for consultation and considerably less formal complaints in 2011.

Last year, consumers came to BBB more than 103 million times for help or information, up 18 percent over 2010. BBB hasn’t seen that much positive action in its entire 100-year history. Formal complaints against businesses dropped from just over one million in 2010 to 927,000 across the US and Canada.

Those figures suggest that consumers not only trust BBB’s system, which includes grading businesses based on complaint histories, responsiveness to customers and legal and government action, but also that they are empowering themselves by becoming educated about where they choose to take their business.

“When consumers come to us first for information about businesses, they are much less likely to need our dispute resolution services later,” said Council of Better Business Bureaus CEO Carrie A. Hurt.

Contracting was the top industry for inquiries, followed closely by used auto dealers, auto repair and service and plumbers. Used auto dealers have never been able to boast a trustworthy reputation, but their presence on the list, as with the other industries, suggests that consumers are looking to minimize risk when making big purchases.

“People tend to do more research when they are spending a lot of money, such as on homes and cars,” Hurt said.

When BBB receives a complaint about a business from a consumer, the formal procedure that follows gives the company 30 days to respond. BBB says that about 95 percent of complaints are resolved at this point and the rest must go to mediation or arbitration. Cellphone dealers caused consumers the most grief in 2011. Complaints about that industry were up nearly 41 percent from 2010. Television companies came in at number three with 25,518 complaints, but that’s actually an improvement of 17.6 percent from the previous year.

BBB says these results aren’t a shock since these industries provide services we all use frequently.

After the clamor of the Occupy Wall Street movement, it is surprising that bank complaints dropped 29 percent, loans were down 35 percent and complaints about mortgage brokers fell 31 percent.

The least improvement award goes to payday loan companies—complaints about that industry rose 159 percent in 2011.