The beer industry contributes $350 billion to the US economy 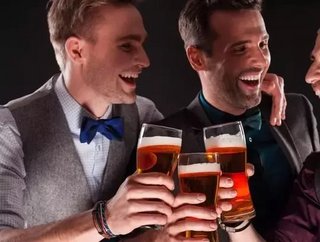 Representing a $252.6 billion beer industry is The Beer Institute. Formulating public policy and incorporating over 4,000 brewers across America, it has become a lucrative industry, creating thousands of jobs and providing economic growth.

Alongside our study on the top 10 most popular beer brands in this month’s Business Review USA., The Beer Institute has recently released their findings of their economy study Beer Serves America. The study reveals that the beer industry contributes approximately $350 billion to the economy, creating over two million jobs, providing $103.3 billion in wages and benefits to American workers and families.

The study, based on government and industry data, estimates the wages provided, the economic contribution generated, the taxes paid and the number of jobs supported by the American beer industry. Jim McGreevy, President and CEO of the Beer Institute has said that the study “demonstrates how brewers, beer importers and beer industry suppliers are creating jobs, providing wages and benefits to working Americans and supporting the economy in every state and every congressional district."

NBWA President & CEO Craig Purser has also commented, "America's beer distributors are proud to provide nearly 135,000 jobs with solid wages and great benefits to employees at more than 3,000 facilities, located in every state and congressional district across the country. Independent beer distributors generate significant economic contributions in their communities through local business-to-business commerce, investments in local infrastructure and capital assets and tax revenue. Through a wide range of services, distributors work to build beer brands of all kinds – from large, familiar labels to start-up, craft brands and imports from around the world – and to deliver vast consumer choice in the marketplace."

Through the survey, key findings have included:

With regards to sustainable practices within the beer industry, Corrs Light have become prime leaders, such as with their recyclable aluminium can, which has provided several advantages. Corrs Brewing have recently become leaders in sustainable brewing practices, with their new program EveryOneCan, raising awareness with regards to recycle and waste.

Zach Fatla, Coors Light Senior Marketing Manager said, "We're proud to be making strides. EveryOneCan is based on the idea that everyone has the ability to have a positive impact on the environment, and we hope we can lead the way, working together with our drinkers."