Bird generates £275mn in latest round of funding 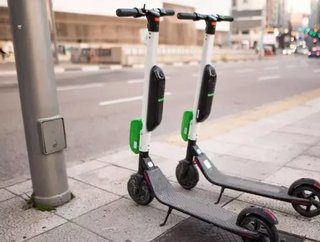 In a bid to improve its stake in the electric scooter rental business, Bird has held a round of funding for the start-up company. It confirmed on 3 October 2019 that the company has made US$275mn during the round, with Canadian pension fund Caisse de dépôt et placement du Québec and Sequoia Capital leading the funding.

Chief Executive Officer, Travis VanderZanden spoke at the San Fransico Tech-Security Conference and said the deal values the start up at US$2.5bn, before the investment. In a move to dilute criticism that the company was focusing on growth at the cost of other areas of development, VanderZanden explained the company was working to improve its finances.

Bird have designed its own electric scooter which has proved much more durable than offerings from retailers. VanderZanden explained that the life expectancy of the average electric scooter, on the rental market, is three months. Bird’s own brand of scooter is able to last up to five times that amount, at 15 months.

The scooters themselves can be easily located and rented by users, through a smartphone app and trackers fitted to the scooters. This allows users to leave the scooter wherever they finish their journey and the next rider can pick it up from there, without the company losing track of its vehicles.

The nature of this use and discard business model has seen Bird come under fire from cities such as San Diego and San Francisco. As scooters are left on sidewalks, parks and public access routes they have caused obstructions attracting the attention of regulators and residents alike.

According to a report from Boston Consulting Group, Bird have become one of many companies to join a US$1.5bn investment run in total, across the budding industry.