Canada aims to be a new hub for business entrepreneurs 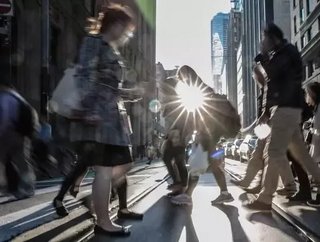 With many Canadian’s unaware that business magnets such as Elon Musk (Tesla CEO) and Ryan Holmes (founder and CEO of Hootsuite), originate from Canada, Trump’s recent activities will no doubt lead to greater entrepreneurship within Canada.

This is supported through Canada’s pledge to encouraged US citizens, businesses and skilled workers to move to Canada and support its growing economy, with the idea of competitive tax credits and regulations which have been revised to improve business performance and provide much needed flexibility within business models. With this in mind, the Canadian government has established a program to enable working visas to be put through within two weeks, to further support businesses and take advantage of this new opportunity, in contrast with the US.

Enabling skilled workers to enter Canada more quickly in a new Global Skills programme, whilst the US makes it increasingly difficult will no doubt prove fruitful for Canada, and lure prestigious companies, in areas such as finance and technology to take advantage. One such region, Ontario, is set to undertake a campaign to entice Silicon Valley to expand within the region.

Brad Duguid, Ontario's Minister of Economic Development and Growth explained, "It is not for us to criticize the administration. It us for us to recognize an opportunity when we see it. The current direction of the administration, which appears to look more inward than outward, is in stark contrast to what we believe is the direction we want to go in."

The changes will also enable smaller businesses to grow in Canada and attain financing and individuals with key skill sets, which might not have been possible prior to the changes. This would especially prove advantageous for female entrepreneurs, who have historically been at a disadvantage, in salary levels, confidence and potential opportunities for promotion.

A new study by the Canadian Entrepreneurship Initiative has highlighted that “40,000 retail businesses in Canada still don’t have an online platform, and yet women, more strongly than men, suggested that retail and the Internet were aligning with their opportunities in entrepreneurship,” according to initiative co-founder, Jonathan Glencross.

With nearly half of respondents stating that starting a business is part of their ambitions, most surveyed had no idea of how to reach this goal, with no plan or financing in place. There is therefore still much to be done in terms of Canadian business entrepreneurship for both genders, enabling individuals and businesses to thrive, alongside taking advantage of the US’ current stance on workers from across the border.

With a higher quality of life, increased cost-effective living costs, with automotive and tech companies placing increased investment in Canada, it is easy to see how entrepreneurship will increase in the country and help provide an economic boost to the country.