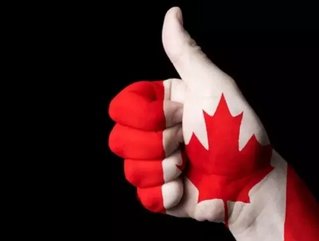 2014 comes to an end, we would like to shine a spotlight on 14 of Canada’s noteworthy businesses and business owners. Our list consists of businesses and people in a wide range of categories.

2014’s best job in Canada was calculated by using market data to rank the best-paying, fastest-growing positions with the brightest outlook for the foreseeable future. With a median salary of $85,342, salary growth of 14% and a 25% increase in the workforce size, in the past 6 years Lawyers took the first place on the list of Canada’s best jobs. (Source: CanadianBusiness.com)

Great Place to Work Institute Canada has elected Google Inc. as the best workplace for a large company in Canada.  Their list recognized 50 large and multinational companies with more than 1000 employees working in Canada or worldwide. The metrics used by Great Place to Work Institute, consist of assessing a company’s Trust Index employee survey, workplace cultural assessment process, Trust Audit and Trust Appraisal

This list reported by Great Place to Work Institute recognizes 25 best workplaces in Canada for women. Royal LePage Performance Realty, a privately owned company with 393 employees, has been listed as the number one 2014 workplace for women in Canada.

For attracting and retaining Aboriginal talent, TD Bank Group was named the company with the best people practice in Canada for the year 2014.

Headquartered in Calgary, Alberta, Husky Energy ranks number one as the 2014’s best performing company in the energy industry in Canada.

The aerospace and transportation company, Bombardier, ranks number one as the 2014’s best performing company in the industrial sector in Canada.

You May Also Like: The best Canadian companies to work for in 2014

The women chosen for this category by the Profit, Canada’s leading media brand dedicated to entrepreneurial business, were ranked based on the combination of the sales, three-year revenue growth rate and profitability of their businesses.  Shannon Rogers, president of Global Relay Communications, with a three year revenue growth of 102% has been named the number one female Entrepreneur in Canada for the year 2014.

Based on a survey performed by Reputation Institute, Tim Hortons ranks as the number one Canadian brand of 2014. The poll seeks opinions on aspects of a company’s reputation ranging from product quality to governance, citizenship and workplace culture, among others.

13-Best Province for Canadian Entrepreneurs to Launch a Business:

The annual national ranking, compiled in the 2014 Entrepreneurial Communities report from the Canadian Federation of Independent Business, places eight of the top 10 municipal areas to start and grow a business in one province: Alberta. The report assesses how municipalities are enabling entrepreneurs and small business to start, grow, and prosper.

The PROFIT 500 evaluates businesses in all sectors on five-year revenue growth, meaning that each company on the list has a) proven itself viable, b) found a stable and scalable group of customers and c) sustained growth for longer than many companies even exist. And in almost every case, they have a strategy to keep the momentum going. With a revenue growth of 7,308%, FourQuest Energy INC. is placed at the top of the 2014’s fastest growing companies in Canada.

From the fallen oil prices to the recent rise in Canadian stock to the large acquisitions such as Repsol’s plan to purchase Talisman and Burger King’s merger with Tim Hortons, 2014 has been an interesting year for business in Canada.