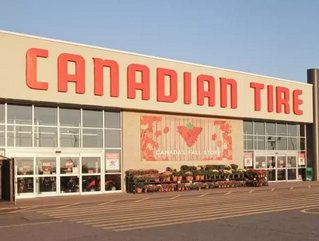 In a shock move, the CEO of one of Canada’s biggest retailers is stepping down after less than two years in his role.

On Wednesday, Canadian Tire Corp. announced that president and CEO Michael Medline is being replaced by ex-CEO Stephen Wetmore. The reshuffle is effective immediately.

Newly-reinstated Wetmore will step down as deputy chairman of the board, but will continue as a director at the company. Wetmore was CEO from January 2009 to December 2014, when Medline took over.

"The board of directors has given me a clear mandate to take our iconic brand to the next level," he said in a statement, adding that the retailer needs to continue to "rapidly evolve" to meet customers' and shareholders' expectations.

The unanimous board decision is due to “unprecedented change in the retail industry” said chairwoman of Canadian Tire’s board of directors, Maureen Sabia.

Since Medline was appointed as CEO of Toronto-based Canadian Tire, prices have plunged to below $50 US a barrel, creating economic hardship in Western Canada. Simultaneously, Canadian Tire has also had to tackle U.S. competitors such as Walmart and Lowe's, which recently merged with home renovation retailer Rona.

"While our short-term priorities are delivering results, the board's responsibility is the long-term success of Canadian Tire. Stephen transformed our company during his previous tenure and laid the foundation for our current performance," said Sabia.