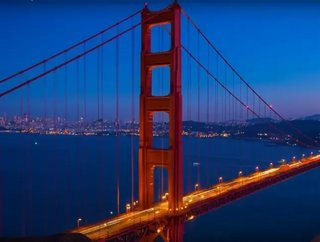 San Francisco is renowned as Northern California’s center of commerce, finance and culture, and this is far from a recent accolade. In spite of how the city has hosted many modern advancements in technology, its reputation as a mecca for innovation goes back centuries.

San Francisco was named in the 1700s after St Francis of Assisi, a notably astute and valiant friar with a knack for opening minds and growing ideas. Even in these early days, the city and its people demonstrated a flair for energy, prolificity and aspiration. The patron saint of merchants and stowaways, among other things, could not have been awarded a more apt namesake.

If there’s one thing San Francisco does, almost by instinct, it’s reinvention. Even the devastating earthquake and fire of 1906 couldn’t hold back San Franciscans: the city was rebuilt at record speed, to the specifications of its citizens, who were eager to get back to their everyday lives. Since the construction of San Francisco’s now-famous façade, the city has been a magnet for emerging trends and grassroots dreams, welcoming new cultural waves every ten or twenty years whilst still retaining its eclectic past.

Throughout its history, the city has proven itself to be a nucleus of developing culture: the Gold Rush of 1849 established a hardy banking and finance district which was later paid homage to by the San Francisco 49ers football team; the beat generation of the ‘50s established a keen literary following that exists to this day; Haight Ashbury served as commune to the pilgrims of the late ‘60s hippie culture. However, most recently, it has served as the breeding ground for Silicon Valley. A capital for both the ‘Dot Com Bubble’ and the social media whirlwind, San Francisco is the stomping ground of many an internet startup, and a veritable hive for entrepreneurs of all kinds. The Bay Area is home to the USA’s largest concentration of venture capital firms, with annual VC investments averaging $6.5bn.

Today, San Francisco provides the backdrop to hundreds of big businesses, spanning every industry. From movie wizards LucasFilm and Industrial Light and Magic, to global food producers Del Monte and Diamond, businesses flock to the city to make their mark. While the giants of the social media world, including WhatsApp, Twitter, Facebook, Craigslist, and of course Google, call San Francisco home, its major role in the high-tech world does not mean that it is reserved for the elite.

Unicorn Watch: Impossible Foods, Zipline, Away and more... May offers up a diverse crop of new mega-startups

Click here to read the June issue of Business Chief US

Notably, 66% of San Francisco’s population is employed by the city’s many independent businesses, giving way to numerous coalitions and networks aimed exclusively at supporting and nurturing the city’s SMEs. A thriving community of small and family businesses provides the cultural backbone of the city, with independent clothing and furnishing boutiques, cafes and restaurants, bookstores and handmade gift shops attracting both locals and visitors on a daily basis.

The torrential commercial success that has come to define San Francisco is far from coincidental, thanks to its unique combination of people and places. Boasting upwards of 300 schools, and more than 35 colleges and universities in the Bay Area alone, the city’s educational landscape is vast, and its results clear: the population is the second most densely college-educated in the country, with more than 344,000 graduates in residence. In turn, it is an employment hotspot, with a diverse service economy that spans almost every industry, and an abundance of work opportunities for citizens of all backgrounds and trades.

In this way, San Francisco has nurtured a delicate balance that sees it function as a self-sustaining hub of talent and innovation, giving locals the tools they require to gain sellable skills, which they can then put to use within the city’s thriving economy.

Such is San Francisco’s worldwide appeal to businesses and individuals alike that tourism counts for a major portion of the city’s income. Welcoming upwards of 24mn visitors every year, local companies have a steady stream of custom in the form of tourists, who are eager to experience everything the city has to offer. The likes of the Golden Gate Bridge and Alcatraz Island prove endlessly appealing to visitors hoping for an insight to San Francisco’s rich history; the bounty of parks, waterfronts and picturesque landscapes – complete with the trademark fog – offer plenty of space for exploration and relaxation; its famed nightlife and boutique shopping ensure that good times are had, and that the perfect souvenirs are taken home. The promise of a ride in the iconic cable cars, and the chance to see the sights from favourite movies and television shows, sees tourism on the rise every year, with travellers injecting almost $10bn into the local economy in 2018 alone.

San Francisco continues to show the societal and economic resilience that it has developed a reputation for, as a place that can’t be held back: not by financial recessions, or natural disasters. Whether as a place to visit, live, study or go into business, San Francisco shows no signs of slowing down.