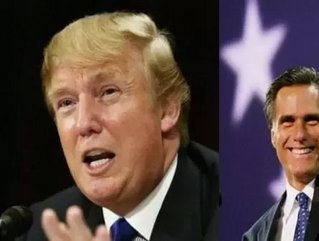 Notoriously outspoken business mogul Donald Trump threw in his two cents regarding the presidential race by announcing that he endorses Mitt Romney for the position.

Trump’s endorsement was a spectacle befitting his usual public appearances. On Wednesday, his office announced that he was heading to Las Vegas to make a “major announcement” about the presidential race. The mystery around this announcement stirred up speculation about his involvement in the election. Although he said last spring that he would not run for the Republican nomination, he has recently hinted that he would enter the race as an independent.

While people pondered what Trump would actually say in Vegas, Newt Gingrich’s team started to leak information to news organizations suggesting that Trump would come out and endorse Gingrich.

Instead, Trump threw everyone off by saying that he will be supporting Romney.

“Mitt is tough, he’s smart, he’s sharp and he’s not going to allow bad things to continue to happen to this country we all love,” said Trump.

Romney, who said he was happy to have Trump’s support, seemed to be baffled by the announcement.

“There are some things you just can’t imagine happening. This is one of them,” Romney said to a crowd of reporters in the lobby of Trump’s Vegas hotel complex.

While Trump’s support caught the public’s attention, it may not be weighty enough to actually affect the presidential race. In a recent Pew survey, 64 percent of definite and likely Republican voters said that a Trump endorsement would make no difference.

“Endorsements rarely sway voters,” Republican strategist Alex Castellanos told CNN. But Castellanos added that “the Trump endorsement undermines Gingrich’s argument that it is just the Washington establishment that is out to stop him and nominate Romney. Trump is the ultimate outsider.”