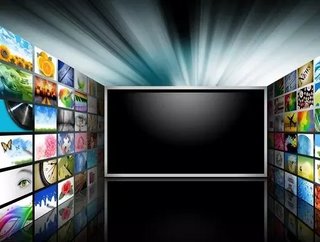 Empire Theatres, a partner in the Canadian Digital Cinema Partnership, announced today the completion of their digital cinema conversion project. The conversion began in theatres starting in May 2011, and its completion makes Empire Theatres the first national exhibitor in Canada to complete a digital cinema conversion. As of March 7, 2012, 359 screens in 45 theatres have been converted from 35mm to digital projection.

Empire Theatres partnered with Barco to complete the digital cinema conversion. As a global leader in digital cinema projection, Barco offers a wide range of Series II projector models that allowed Empire Theatres to select appropriate projectors for each of their screens, providing the best and brightest 2k and 4k digital images available.

"We are excited about our growing relationship with Empire Theatres as we help them embrace the latest digital cinema solutions," commented Joe DeMeo, Director of Sales, Digital Cinema for Barco North America. "We are committed to serving the ongoing needs of our Canadian exhibitors."

Doremi Cinema, the leader in digital cinema technology, was selected as Empire Theatres' partner for all projector server technology featuring Doremi's TMS platform. Empire Theatres' digital projectors incorporate either Doremi's DCP-2000 or Integrated Media Block (IMB) with Doremi's ShowVault, and provide outstanding 2K playback for 2D and 3D, and have allowed for the introduction of CaptiView™ throughout the Empire Theatres' circuit for select titles.

CaptiView™ is a personal in-theatre closed caption viewing device for deaf & hard of hearing moviegoers. The CaptiView™ system consists of a small OLED display on a bendable support arm that fits into a cup holder. The easy-to-read screen can display three lines of text at a time and can support up to four languages.

"Empire's ability to complete the conversion in such a short period of time show's their commitment to providing their customers the best possible presentation in every screen," stated Michael Archer, VP Digital Cinema, Doremi.  "Empire is the quintessential exhibitor for Doremi.  They have utilized four separate Doremi products in the multiplex to help them maximize all opportunities afforded by digital cinema."

As a result of the conversion, 40% of Empire Theatres' screens now have RealD 3D capability, delivering a stunningly realistic and fully immersive entertainment experience for moviegoers. RealD is the world's most widely used 3D movie technology.

"As a guest-focused company, we view the rollout of digital cinema projection technology as an important and strategic investment in our business" says Dean Leland, Vice President of Studio & Media Relations for Empire Theatres Limited. "The digital conversion will allow our guests to benefit from the best and brightest picture presentation each and every time they enjoy a movie at Empire Theatres, and enables us to provide a premium guest experience through our Empire Extra auditoriums."

"I would like to acknowledge our partners Barco, Doremi, RealD, ProjecTech, and DCIP who have been great assets to our digital conversion project" states Valerie Ryan, Chief Operating Officer for Empire Theatres Limited. "The collaboration and hard work of our internal teams, along with the support and expertise of our partners have enabled this project to be completed within only 8 months without business interruption."

Empire Theatres Limited is a 100% owned subsidiary of Empire Company Limited that owns and operates 50 theatres across Canada with 383 screens, including four IMAX auditoriums and six Empire Extra auditoriums.

Empire Theatres Limited' corporate headquarters are located in Stellarton, NS, with regional offices in Halifax, NS;Toronto, ON; and Calgary, AB. With approximately 2,500 employees, Empire Theatres provides excellent employment opportunities for the youth of Canada in an exciting and energetic industry.