Glencore-Viterra Deal for C$6.1 B Under Review 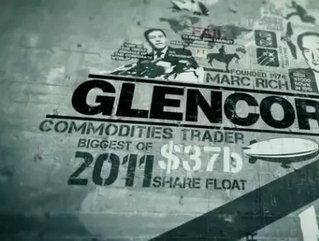 Glencore International’s bid for Viterra is awaiting the final approval of both the Canada Competition Bureau and the Canadian federal government as they review the $6.1 billion dollar deal.

Yesterday, Glencore International released that it had won the bidding war for Viterra, beating out Archer Daniels Midland, who found that the cost of the acquisition "would not meet our return objectives," ADM CEO Patricia Woertz said on Tuesday to Reuters.

Glencore will sell C$2 billion of Viterra assets to Canada's Richardson International and Agrium Inc. as part of the deal to relieve concerns of competition and decreased national sovereignty. As the world's No. 8 grain producer and a leading exporter of spring wheat, canola, oats and durum, decreased national sovereignty is a big concern in this particular deal due to the size of Glencore and Viterra.

Canada's Competition Bureau said on Tuesday it will review the takeover of grain handler Viterra Inc by Glencore International and the purchase of some Viterra assets by Agrium Inc and Richardson International.

The review will examine whether the transactions would substantially lessen or prevent competition in any market.

Read our feature on Mario Lemieux: All You Need

Examine the future of Research in Motion—Will It Survive 2012?

Or read the latest Business Review Canada in our new reader!

"I can confirm that the Competition Bureau will be reviewing the proposed transactions," said spokesman Greg Scott to Reuters.

"It is difficult to say how long a particular review will take, as the bureau evaluates the steps that need to be taken on a case-by-case basis. As always, we work to complete our reviews as expeditiously as possible," he said.

Glencore’s acquisition comes at a fortuitous time as the Canadian Wheat Board's 69-year monopoly on Western Canadian wheat and barley ends this year. Additionally, major consumers like India and China are gearing up to add their insatiable demand to the world grain market.