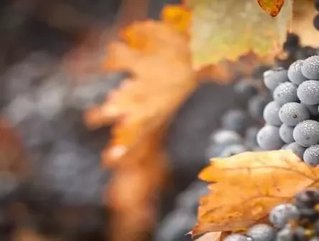 Known as Canada’s “liquid gold”, the vitality and intricacy of the country’s famed ice wine, has long captured the world’s attention.  Ice wine continues to garner critical acclaim, winning medals in both domestic and international competitions, and endearing its loyal followers to the rurally sophisticated Ontario winemaking region.

As the world’s finest and largest estate producer of ice wine, Pilitteri Estates Winery has given an increased level of notoriety to Canada’s burgeoning wine industry. Located in the heart of Niagara Wine Country, this innovative estate’s commitment to producing the best ice wine the world has to offer, has earned it over 600 wine awards in the past 17 years.

The Best of the Best

Gary Pilliterri’s dream of owning a winery became a reality in June of 1993.  Originally from Sicily, Pilliteri’s winemaking philosophy was "To produce the finest wines possible from the highest quality Niagara Peninsula grapes."  Though it seemed like a relatively sizeable task, with the support of his family, this establishment has become the premier ice wine producer and distributor in the world.  Pilliterri currently distributes to 28 countries world-wide.

What is Ice Wine and How is it Made?

Ice wine is celebrated for its luscious scent, exquisite palate, and its undeniable elegance.  With just over 100 acres of prime grape growing soil, harvests begin and end at Pilliterri.  Though making ice wine can prove to be a difficult and daunting task, Ontario’s climate is one of few regions in the world that consistently delivers quality ice wine year after year.

Ice wine is produced from frozen grapes left on the vine after the fall harvest. Temperatures must dip below an extreme -8ºC before the grapes are ready for harvesting.  After the fruits freeze, they are crushed and the sweet nectar inside the grape is carefully extracted.  The process is challenging and intense but the end result is a delectably sweet desert wine that enchants and delights your senses.  Often with hints of rich fruits like mango, apricot and pear, ice wine is a perfect accompaniment to a long, lazy, summer’s day.

Pilliterri is a pioneer in Canada’s flourishing wine country.  By producing the world’s best ice wine, and continuously being recognized world-wide for his achievements in viticulture, this industry leader has excited the wine world with his innovations. Simply put, Pilliterri Estates Winery continues to enthrall wine enthusiasts around the world as one of the best ice wine innovators of our time.