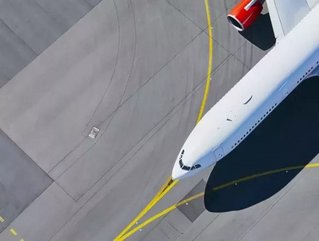 The new facility could create up to 250 over the next five years and looks to start development in Autumn 2020.

A new engineering, development, and certification centre was announced on 3 October 19. The plan has been drawn up by Japan’s Mitsubishi Aircraft Corp (MAC) with the centre to open by the Autumn of 2020, initially creating 100 jobs, with a further 150 roles possibly being created later down the line. This is expected to bring MAC’s total commitment over the next five years to CA$135mn, according to Quebec Economy Pierre Fitzgibbon.

The new SpaceJet line of aircraft, in development by MAC, has seen a number of delays and alterations. The first model, named the M90, is now certified so development of new models can continue, according to Alex Bellamy, the company’s Chief Development Officer.

Speaking at a news conference in Montreal Bellamy said “Quebec is the hub for some of the most sophisticated and advanced talent in the aerospace industry. Together, Quebec and Mitsubishi Aircraft will usher in the next generation of regional aircraft.”

MAC held a job fair on 5 October at Montreal’s Grandé studios in the Pointe-St-Charles district, in search of finding talented aerospace engineers with a focus on “product development.” Around 1,500 applicants attended the job fair.

Premier François Legault made an appearance at the announcement using the MAC agreement as a platform to communicate the kind of job creating relationships his government is eager to foster.

“This is exactly what we want to do and repeat,” a beaming Legault said. “It’s worth it to help companies that pledge to create better-paid jobs here. If we want to eliminate the income gap with our neighbours, we need to attract a lot more private investment. And we need jobs that pay $75,000, $100,000, $150,000 a year.”

Quebec will commit a reimbursable but interest-free £12mn loan to get the development off the ground. Should MAC have generated 250 “high-paying” roles before the end of the five-year loan period, the debt will be forgiven, according to Fitzgibbon.

Boisbriand won over applications from Seattle, Dallas and an existing site in Japan. Around 90% of staff at the facility are likely to be engineers with MAC already having around 1,000 engineers involved with the development of its SpaceJet line.