Mozilla CEO steps down after speaking out against gay marriage 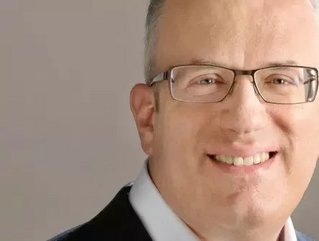 Mozilla co-founder and newly appointed CEO Brendan Eich has stepped down, less than two weeks after his appointment as chief executive. His decision comes after a number of angry Mozilla employees took to Twitter to protest Eich’s promotion because of donations he had made to California’s 2008 campaign to ban same-sex marriage.

Three board members at Mozilla left the company following the controversial appointment and Internet dating company OKCupid wrote a statement calling for its users to stop accessing its site via Mozilla Firefox.

Mozilla released a statement, which read:

“Mozilla prides itself on being held to a different standard and, this past week, we didn’t live up to it. We know why people are hurt and angry, and they are right: it’s because we haven’t stayed true to ourselves.

We didn’t act like you’d expect Mozilla to act. We didn’t move fast enough to engage with people once the controversy started. We’re sorry. We must do better.

Brendan Eich has chosen to step down from his role as CEO. He’s made this decision for Mozilla and our community.

Mozilla believes both in equality and freedom of speech. Equality is necessary for meaningful speech. And you need free speech to fight for equality. Figuring out how to stand for both at the same time can be hard.

Our organizational culture reflects diversity and inclusiveness. We welcome contributions from everyone regardless of age, culture, ethnicity, gender, gender-identity, language, race, sexual orientation, geographical location and religious views. Mozilla supports equality for all.

We have employees with a wide diversity of views. Our culture of openness extends to encouraging staff and community to share their beliefs and opinions in public. This is meant to distinguish Mozilla from most organizations and hold us to a higher standard. But this time we failed to listen, to engage, and to be guided by our community.

While painful, the events of the last week show exactly why we need the web. So all of us can engage freely in the tough conversations we need to make the world better.

We need to put our focus back on protecting that Web. And doing so in a way that will make you proud to support Mozilla.

What’s next for Mozilla’s leadership is still being discussed. We want to be open about where we are in deciding the future of the organization and will have more information next week. However, our mission will always be to make the Web more open so that humanity is stronger, more inclusive and more just: that’s what it means to protect the open Web.

We will emerge from this with a renewed understanding and humility — our large, global, and diverse community is what makes Mozilla special, and what will help us fulfill our mission. We are stronger with you involved.

Thank you for sticking with us.”

Since Eich stepped down, many have spoken out suggesting that his forced resignation is itself intolerant. Jim Edwards, writing for Business Insider said:

“At the heart of the move is a fundamental contradiction: Eich’s foes disapproved of Eich’s intolerance for LGBT people. But in the end they could not tolerate Eich’s opinions, which for years he kept private and, by all accounts, did not bring into the workplace.”

We would love to hear your thoughts. Join this discussion on our Facebook page.