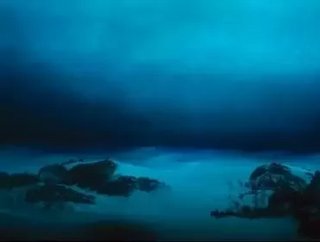 Canada’s Ocean Supercluster has received US$300mn of funding, and started to attract many companies towards to project. The ocean supercluster is one of five federal government supported superclusters, totalling over $950mn in investments made by Ottawa.

Though there is not yet a complete list of supercluster members, one confirmed company involved on the project is Kraken Robotics. Kraken has proposed the $25mn OceanVision project: a plan to map the seabed from Newfoundland to Halifax. Karl Kenny, the founder, Chief Executive and largest shareholder of Kraken Robotics Inc. is confident that the success of which will mean that “[they] can then export this capability to the oil and gas, seafood, ocean science and transport companies around the world,” while also improving the Canadian job market.

Kenny also suggests potential for the developed technology to assist in the defence sector with the detection of landmines. The OceanVision project is very likely to receive authorisation as the results have the potential to improve the fishing and energy sectors as well as all of the aforementioned companies, while expanding their staff from 30 to 100.

Though Canada has the largest coastline in the world, it has one of the smallest ocean industries. Kendra Macdonald was appointed Chief Executive for the ocean’s supercluster, acknowledged the both the opportunity, and the challenges ahead. Macdonald noted that “[Canada is] not at average globally, so there’s definitely lots of opportunity to do more”.

On the Ocean Supercluster website, they announce that The Organisation for Economic Co-operation and Development (OECD) projects that the ocean economy ‘will more than double in size by 2030’. Needless to say the Ocean Supercluster is ambitious, but the return could elevate Canada into further economic prominence, creating thousands of jobs.