Who is General Electric’s new CEO? 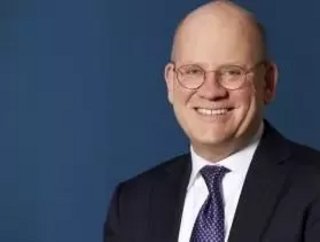 It has been announced that General Electric’s (GE) CEO Jeff Immelt is stepping down from his role, in a planned year-long move. In the role since the early 2000s, Immelt will remain as a Chairman at the company whilst John Flannery is set to take over as CEO.

With the company for 30 years, Flannery is currently President and CEO of GE Healthcare. In a press release, Immelt has said, “John is the right person to lead GE today. He has broad experience across multiple businesses, cycles and geographies.  He has a track record of success and led one of our most essential businesses. Most important are his strong leadership traits - good judgment, resilience, a learner, team builder and a tough-minded individual and competitor.  He will be trusted by investors, our customers and the GE team.”

Jack Brennan, lead independent director for GE’s Board of Directors, said, “During this time of dynamic global markets and relentless focus on technology and operational excellence, there is no better person to lead GE than John Flannery.  He brings unique experience and a strong skill set to the job.  John has spent almost half of his career living outside of the United States and has led complex financial and industrial businesses all over the world, including running GE Healthcare, GE in India and the business development team for GE through the successful acquisition of Alstom.

John has had a direct influence on the company’s direction, its financial health and its position as the world’s premier digital industrial company.”

Working within a number of divisions worldwide, Flannery’s expertise and focus has made him a prime candidate for the role, in addition to his long-standing commitment to the business and drive it in the right direction and improve company operations. When responsible for the Asia Pacific region for GE Capital in 2005, for example, Flannery grew earnings in Japan by 100 percent, in Korea by 30 percent and in Australia by 25 percent. His influence has turned the company around multi-nationally and led to its global expansion.

Mr. Flannery commented, “Today’s announcement is the greatest honor of my career.  I am privileged to have spent the last 16 years at the company working for Jeff, one of the greatest business leaders of our time.  He has transformed the GE portfolio, globalized the company and created a vision for the GE of the future by positioning the company to lead in digital and additive manufacturing.  In the next few months, my focus will be on listening to investors, customers and employees to determine the next steps for GE.”