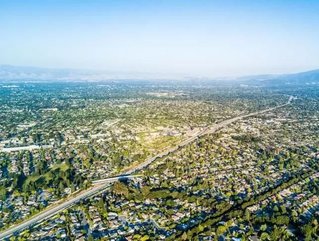 At its annual iPhone conference on 12 September, Apple unveiled its latest iPhones and a new Apple Watch model
The new iPhone range, split between the iPhone Xs, the larger iPhone Xs Max, as well as the lower spec and more affordable iPhone XR, each feature edge-to-edge displays and the new A12 Bionic chip.
Apple said on its website that the A12 is “the smartest and most powerful chip in a smartphone”.
The iPhone Xs and Xs Max both feature a new “breakthrough 12MP dual camera” which offers dual optical image stabilisation and 2x optical zoom.
Battery life has also been prioritised for an upgrade over Apple’s previous iPhones: “iPhone XR lasts up to an hour and a half longer than iPhone 8 Plus” whilst under a similar level of usage.
The iPhone XR also marks a return to color options, offering six finishes in a move not seen for Apple’s handsets since the 2013 iPhone 5C.
Meanwhile, the new Apple Watch has been redesigned for easier use, with a larger display that features a less cluttered user interface.
The new Apple Watch also features enhanced fitness features, including ECG reading capabilities, recognition and notification of irregular heart rhythms, and an upgrade gyroscope and accelerometer which can detect hard falls.
See more:
Huawei, one of Apple’s major rivals, tweeted: “Thank you for keeping things the same” in a message supposedly targeted at Apple.
Further tweets from the Chinese firm said, “Thank you for letting us be the real hero of the year”, and, “Thank you for supporting us as innovators”.
Industry commentators, such as Forbes, have noted that Apple’s ranges over recent years have focused on incremental upgrades as opposed to the conveyor belt of innovation for which it was once renowned.
With the latest range, Apple continues to push the premium design and build quality of its devices as well as more intelligent internal components while Samsung and Huawei are both reportedly exploring foldable variants of their handsets.
Share
Share